Chief Justice of Queensland Paul de Jersey has warned my State’s lawyers, when they write letters of demand on behalf of clients, to be careful before resorting to any “even arguably threatening conduct”. His warning came recently in the course of the dismissal of a disciplinary action taken against Gold Coast solicitor Michael David Sing. 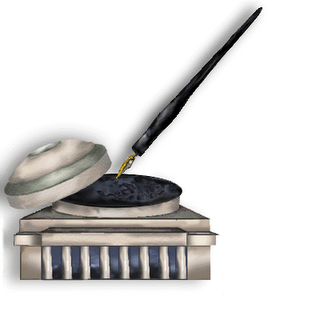 This application was made by the Legal Services Commissioner to Queensland’s Legal Practice Tribunal. No order was made for costs, although Mr Sing was represented by a silk and a junior briefed by Brisbane solicitors Brian Bartley & Associates.

In April 2006 Mr Sing sent a letter of demand on his law firm’s letterhead to Gold Coast resident Mr Andrew Habberfield whose company leased a property from Mr Sing and his solicitor wife, Susan Sing. Cheques for the bond money and two rent payments had previously been dishonoured. Mr Sing’s letter not only expected full payment of rent as it came due but also enclosed a copy of a letter which would be sent to the Southport Police Station if payments were not made, or if there was any damage to the property apart from wear and tear. The draft letter to the Police requested an investigation of the dishonouring of the bond and rent cheques.

Mr Habberfield complained to the Legal Services Commissioner that Mr Sing in his letter had threatened him with “a detriment and menaces” and should be disciplined for unprofessional conduct.

Chief Justice de Jersey, as Chair of the Legal Practice Tribunal, recognised that when Mr Sing wrote his letter he was “driven by frustration”. The critical question for the Tribunal was how far a solicitor might ethically go in raising the prospect of recourse to the police to encourage payment of moneys due. This issue had not been judicially considered in Queensland for more than a century. In the end Mr Sing’s letter was held not to be a threat to launch criminal proceedings. Nor did it invoke Mr Sing’s professional status to intimidate Mr Habberfield. No matter that the Tribunal could find no legal professional rule in Queensland dealing with this question. The Queensland Law Society’s Solicitors’ Handbook provided no relevant guidance.

The Legal Service Commissioner’s application to the Tribunal was, in the Chief Justice’s opinion, nevertheless reasonable.

After noting that Mr Sing had been 23 years in practice, had no previous disciplinary findings against him and had rendered considerable community and professional service, the Tribunal (made up of the Chief Justice and two panel members) ruled that Mr Sing had not acted inappropriately. Nothing in how the tenant was treated was “ethically objectionable”. Moreover, the Tribunal accepted that Mr Sing, whilst obviously applying strong pressure, had acted “in a measured way”. After allowing for his professional capacity, this pressure was neither improper nor unfair. Curiously, the Chief Justice described the Tribunal’s finding in this regard as a “value judgment”.

Yet, if Mr Sing had not been a solicitor and officer of the Supreme Court, there would in fact have been nothing untoward about the letter he wrote. Any aggrieved citizen could refer a matter of dishonoured cheques to the police. Nothing legally or morally wrong ensues when reasonably restrained pressure is brought to bear to encourage people to discharge their legal obligations, the Chief Justice explained.

He went on to describe a “continuum” applicable to legal practitioners, with legitimate pressure at the one end and improper intimidation at the other. In any particular case, he said, it may be difficult to delineate the precise point at which any application of pressure becomes improper. The Chief Justice then took the opportunity to advise all solicitors that they should err on the side of caution. He acknowledged that these days legal practice involved increasingly intense demands from clients as well as a high level of competition. Under such circumstances professionals would inevitably be asked to stretch the limits of their consciences. But solicitors must, cautioned the Chief Justice, “be steadfast not to yield to that temptation”.

Categorised in: Uncategorized
« Silence Is Not Golden In Real Estate Negotiations
Move Over Marx Brothers, Here Comes the Bligh Government »