Below is the slightly edited text of an email and attachment I received this week from a very distressed Darwin couple. I have referred them to local solicitors for legal advice, and to a television current affairs programme. 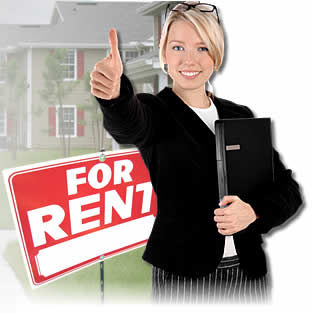 We have been reading the articles on the Australian Real estate Blog and we have several misconduct grievances against nationally-franchised Property Agents that may be of interest to you.  If you could spare us some time to give us some advice on how to ensure that the concerned property agents face prosecution, we would be greatly appreciative.

If you care to read the letter attached below, you will find the main grievances we hold outlined in detail.  In summary, the concerned property agents have worked against the Northern Territory Residential Residency Act (1979), the Trade Practices Act , and the REIA Code of Conduct in their management capacity during our term of lease.  We have suffered constant harassment from their office during our residential lease, and coercion in terms of threats and intimidations when complaints were made at lease expiry.  At the expiry of the recent tenancy agreement, we were issued with an RT5 Notice from the agents’ office, even though we had not been breached once during the entire tenancy.  We have been left without a working oven during the entirety of the lease term, and without kitchen gas for a major portion of this.  Our pleas to their office have been largely ignored, or scoffed at.

In an attempt to rectify matters, we have forwarded our grievances onto the NT Office of Consumer Affairs, the CEO of REIA, The Australian Competition and Consumer Commission, the NT Department of Justice Licensing Board, and the CEO of the national office of the agents.  The majority of the above emails have not been honoured with replies.  The Office of Consumer Affairs replied with a message stating that we may be able to claim compensation for the lack of a working oven, if we can provide evidence that the appliance was never in working order.

During a telephone conversation, a lady from this office stated that there was little that we could do about the harassment and coercion we had suffered, as the residential lease agreement has expired.  She went on to say that we were now at fault in the eyes of the law as the lease has expired and we have not provided vacant possession, though we have not been able to obtain alternative accommodation as yet.  So it would seem that neither the national or state regulatory bodies established to enforce the acts and guidelines governing real estate agents in the Northern Territory are interested in proceeding to prosecution.

As matters stand, we have been unsuccessful in gaining the attention of the relevant authorities’ regulatory real estate agency practices, and would greatly appreciate any advice that you could offer to us on how next to proceed.  We feel that legal regulations should be enforced against these agents.  The Darwin-based agents do not seem to concern themselves with the legislation that supposedly regulates their profession, and have been witnessed to scoff and make intimidations if the relevant acts are mentioned to them.  We would also benefit from your advice on whether it is worthwhile seeking compensation, particularly ‘intentional infliction of emotional distress’.  We are sure that your considerable expertise would be of great benefit in this situation.  If you are interested and require any further verifying documentation, we would be more then happy to forward these onto you.  Thank you for your time.

To Whom it may concern,

RE: ILLEGAL CONDUCT OF THE AGENTS’ MANAGER

During our current tenancy the local Darwin property manager (“M”) has continuously harassed us and acted illegally in her duties.  After suffering constant harassment at the hands of M, we now find that our current lease at its’ expiry date, and M has sent us an RT5 form instead of the desired offer of lease extension.  During the course of our existing residential lease, we have not been sent a notice of breech once.  Legislation requires that residential property agents conduct their duties in a fair and open manner.  This has not been the case during our present tenancy under the agents’ present property management program.

As mentioned, now that our initial lease is at its close, M has chosen to send us an RT5 Form.  On the 21st May, 2009, M provided us with an RT5 form, giving us eighteen days until vacant possession on the 09/06/2009.  This correspondence from M is illegal, as (within the Department of Justice ‘Tenant Landlords: A guide to renting in the Northern Territory’ on page 21) it is stated;

‘…provisions do not give the landlord or the tenant the right to terminate a fixed term tenancy during the period of the tenancy,  i.e.; 14 day notice can only be given to terminate the tenancy on the last day specified in the agreement’.  This quote is covered by sections 83, 90, and 95 of the Residential Tenancy Act.

In addition to the above, you will also find (following this cover letter) a table outlining the dates that M has harassed us with numerous text messages, emails, letters, and final notices.  If you care to refer to Section 75AZN of the 1974 Trade Practices Act ‘Harassment and coercion’, you will note that this activity is also illegal.  M is transgressing the legislation by harassing us in the course of conducting her duties for the agents, as the Residential Tenancy Act ‘Tenant to be able to use and enjoy property’ – Sect 65 (a); and Residential Tenancy Act – ‘Landlord not to interfere with tenants enjoyment of premises’ Sect 66 (2) (b); clearly state.

Furthermore, every one of M’s final notices and other communications sent by postal mail have been illegal in nature, as the Consumer Affairs Tenancy Unit recognises arrears as rental periods already consumed and that have not yet been paid for.   Not, as Ms. Adams states, arrears of the fortnightly advance payments.    M has been sending Final Notices to us when we are as yet $250 in advance, when she needs to wait until we are 14 days in actual arrears (days consumed).  Evidently, legislation overrules company policy.  Relevant acts here include; Residential Tenancies Act – ‘Rent in advance’ Sect 39 (1) & (2); Residential Tenancies Act – ‘Tenant’s failure to pay rent’ Sect 96A (1).  Also, there has been dates when we have received notices for rent overdue on the Tuesday, when the payment day for residential rental payments (according to the agents’ policy) is on the Wednesday, the day after.  Therefore, we have been receiving rental payment overdue notices even before the rental payment is actually due.

Moreover, apart from having to endure harassment in the course of M’s approach to property management, M has repeatedly ignored our pleas to conduct needed repairs to the property.  On the dates of the 10th of December 2008, the 27th of February 2009, and the 22nd of April 2009, we have requested that the only oven upon this property be repaired so that we may enjoy a working kitchen.  This oven has been completely non-functional since the date of lease agreement signing, and no repairman has ever been sent to provide even a quote.  We were promised that the oven would be repaired ‘as soon as possible’ on the 10 of December, 2008.  Furthermore, we have been without kitchen gas for a large portion of the residential lease.  The relevant gas cylinder was very near empty upon lease commencement, though requests to have supplies renewed were ignored.  According to sections 47 ‘Premises not to be let unless habitable and safe’ (a) (b) & (c); and 48 ‘Premises to be clean and suitable to habitation’ (a) (b) & (c) of the Residential Tenancy Act, M is transgressing the legislation once more.

During this existing residential lease agreement, we have encountered unforeseen and unusual circumstances that led to times of temporary financial hardship.  Upon attempt to communicate our difficulties, and our desire to maintain the position of advance payment, Ms. Adams, has proven extremely difficult to approach. We have attempted to contact M through the agents’ Property Management office many times, only to be informed that she was not available.  We finally managed to arrange a meeting with M at her office, though during this meeting the agents spoken to were highly aggressive and intimidating in their conduct, and insisted that their computer accounting system could not be in error.  M has shown no compassion and has conducted business in an intimidating manner.

As shown above, the actions of property manager M whilst carrying out her duties have been improper and highly illegal.  This liability ultimately rests on the shoulders of the agents’ senior management, as M has acted under their trust.  We have sent several emails to the agents’ National Property Manager concerning the above matters and requesting some form of conciliation, though have never received any response from his office.  We have verifying documents for every one of the above, and would be very happy to forward these if you wish to view them.

PLEASE NOTE –  The above is not the total extent of text message communications received from M.  Many messages had to be deleted, as the inbox was becoming too full, meaning that new messages were being blocked.  The above are merely the messages that were kept.  Please also note that M was calculating arrears of rent in advance here, not rental period consumed, as she is required through legislation.