There are hard times ahead for the real estate conveyancing industry, and particularly for licensed conveyancers. Since non-lawyer conveyancers became licensed their lot has become ever more difficult. On top of these difficulties comes the gloomy prediction of NAB Chief Economist Alan Oster. 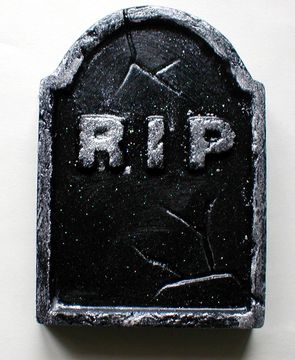 It is a rare thing indeed for anyone to declare a fondness for lawyers, but that is just what National Australia Bank group chief economist Alan Oster did this week at a Law Institute of Victoria breakfast.

The economist was there to give what turned out to be a reasonably gloomy view of Australia’s economic future until at least 2010. But when asked whether banks were taking a hard line on lending to law firms, he said his own department rated industries “and for what it’s worth we still like accountants and lawyers…we would like you guys to come and borrow”.

But Oster later told a small group at the breakfast he was far less enthusiastic about people involved in conveyancing, with predictions that the rate of house sales would plummet.

“If you are a lawyer who is specialising in conveyancing, you are dead,” was his none-too-promising pronouncement.

Being a licensed conveyancer is a miserable existence, plagued by uncertainly and ever increasing costs.

First came the costs associated with the obtaining of a conveyancer’s licence. Next came the expense of an all-but-worthless professional indemnity insurance cover which leaves licensed conveyancers, and their clients, wondering where the goal-posts are, and when they will stop moving (See “Licensed Conveyancers – PI Insurance Problems).

The “dumping” of clients, or the need to legitimately refer them to qualified lawyers, when difficulties arise also erodes a licensed conveyancer’s income (See Licensed Conveyancers – Client Dumping), as does the “cherry-picking” of simple and straight-forward matters while avoiding the more complex (and more lucrative) matters.

The cost of bribes paid and gifts given to real estate agents in return for client “referrals” has also risen. The industry standard for bribe payments used to be $50-$60 per referral, and this remained unchanged for some years. However, Scott Goodman of Goodman Group Conveyancing stunned the industry by advertising a real estate agent bribe scheme with payment of $150 per referral, which sent his competitors reeling. (See “Goodman Group Conveyancing Bribe Payments“).

The end of cheap conveyancing

Simple, if, as Alan Oster suggests, a lawyer who is specialising in conveyancing is dead, then the licensed conveyancer is deader than dead!