Is The Property Insurable? A Trap For The Unwary!

Consumers are often unaware that small issues can have huge implications. What happens if you buy a home, but you can’t insure it?

We offer a comprehensive pre-purchase contract and disclosure statement checking service to our clients, and insurance issues are among the most common problems we discover. The following situation unfolded a few weeks ago, and serves as an example of the way a seemingly minor issue can have enormous consequences. 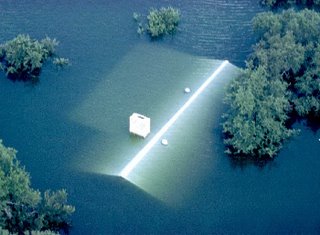 The client asked us to check his contract and Section 32 Vendor Statement before signing up to purchase a property. The client had checked the property carefully, had made arrangements for his finance, and was aware that some recent works had been performed on the house.

The Section 32 statement contained a building certificate from the local council, stating that permission had been granted for the floor of the new extension to be built below the established flood level. The client believed that because the likelihood of flooding was not great, and the council had actually granted the permission, everything would be OK. Not so!

We noted that the council’s permission came with a disclaimer. Effectively, the council gave permission for the floor level to be below the flood level, but the permission was on the basis that the council would accept no responsibility for any damage resulting from flooding. As far as our client was concerned, this was no big deal – but then the real problem began to emerge.

(We advised our client that there is an important duty of disclosure in insurance matters, and that he must tell the insurer about the council’s disclaimer. If he failed to tell the insurer, it was likely that the duty of disclosure would have been breached. This, in turn, would mean that the insurer would not have to meet the claim, even though years’ of premiums had been paid. More importantly, however, was the risk that the insurance could be cancelled at any time, resulting in a consequential breach of the lender’s requirement that the security property must be insured!)

The following day our client called to say that he would not be proceeding with the purchase. No insurer contacted by the client was prepared to cover the new extension. Similarly, no lender would accept the property as security for a home loan if it could not be insured.

The lesson for all intending home buyers is clear – insurance, or the ability to obtain insurance, is a crucial consideration when purchasing real estate.

If you’re thinking of purchasing real estate, be sure tohave the sale documents checked first!

POSTSCRIPT:
A few weeks after the above item appeared onwww.AustralianRealEstateBlog.com.au, we received the following email from the client concerned:

I realised it was about my enquiry as to (a property was considering) a few weeks ago. Sure enough ANZ and their underwriter CGU could not provide me an explicit statement that I would be covered.

It is a good example of relating your services (or document checking services in general) in a demonstrated case study to a real life event that provides value to the “lay-person” out there.

Indeed simply reading through your site and blog arms the consumer with many defences to the risky world of purchasing real estate (especially through an agent).”