Gold coast Solicitor Off The Hook On Old Marketeering Claim

Vince Rickards, a former partner in defunct Gold Coast law firm Sciacca & Sciacca, has succeeded in the dismissal of an $80,000.00 District Court negligence and breach of contract action commenced against him. The Court ruled in Rickards’ favour because of a prejudicial irregularity and a want of prosecution. This action was one of more than 800 initiated by Brisbane litigation lawyers Carter Capner over recent years on behalf of a legion of over-priced property marketeering victims against marketers, real estate agents, financiers, finance/mortgage brokers, solicitors and others. 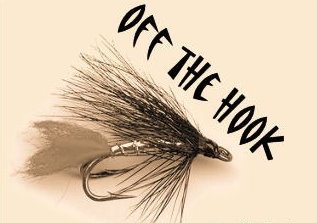 The unfortunate plaintiffs, Mark and Louise Hansell, were ordered to pay Rickards’ costs although Judge McGill indicated that Rickards might apply for a costs order against Carter Capner.

In March 1997 Hansells signed a contract to buy an investment unit in “Sun Village” at Southport. Their claim alleged that before signing the contract, they dealt with a marketing company, received financial advice from a broker then were taken to Sciacca & Sciacca’s office. Solicitors Vince Rickards and Joe Sciacca, formerly a Gold Coast City Councillor and now bankrupt, were partners in this firm which Hansells retained to act for them in their purchase. But for their solicitors’ alleged negligence, breaches of contract and non-disclosure that the sale was over value, Hansells claimed they would not have bought the unit. Nor would they have consequently suffered significant financial losses.

Carter Capner filed Hansells’ claim in the District Court in February 2003 – immediately prior to the expiration of the six-year limitation period for such law suits – but did not serve a copy on Rickards until November 2005.

A Deputy Registrar of the Court renewed the claim for 12 months in February 2004 on Carter Capner’s application which stated that this and many marketeering claims were dependent on test cases Carter Capner was litigating. In February 2005 the claim was similarly renewed for a further 12 months. None of the so-called “test cases” were finalized. Judge McGill later rejected the word “fraudulent” but described Carter Capner’s affidavits as “thoroughly unsatisfactory”.

The claim came as a surprise to Vince Rickards when he was eventually served. He had not conducted Hansells’ conveyancing and knew nothing about their purchase. He assumed Joe Sciacca had handled the matter and immediately telephoned him. Sciacca could not recall anything. Rickards was soon in contact with renowned barrister Tony Morris QC who accepted the brief to get the claim dismissed.

Neither Rickards nor Sciacca had access to Hansells’ conveyancing file although Carter Capner produced a purported copy to the Court. While Judge McGill accepted that legal liability might fall on Rickards as Sciacca’s partner at the relevant time and as “the remaining solvent member of the firm”, His Honour was concerned about prejudice. Firstly Rickards was “scarcely in a position independently to verify whether or not” Carter Capner had an intact file. Secondly Carter Capner’s delay had “necessarily” reduced Rickards’ ability to properly defend himself, while his difficulty in investigating and gathering relevant evidence had increased.

An important consideration in Judge McGill’s decision to dismiss the action was that both renewals of the claim were prompted by Carter Capner’s deliberate decision not to serve Rickards because of that firm’s “unilateral adoption of an inappropriate approach to large-scale litigation.” Since this involved the plaintiffs giving themselves a stay without the defendant having the opportunity to be heard about it, Judge McGill found such an approach “fundamentally wrong” and contrary to the principle that court proceedings should be served as promptly as possible once issued. This had been “a clear, indeed deliberate, breach of the plaintiffs’ implied undertaking to the Court.”

The Judge recognized that Hansells would suffer prejudice if their action (despite reasonable prospects of success in a trial) did not proceed, but this prejudice had been “self-inflicted.” On the other hand, there would be “some prospect of prejudice” to Rickards as a result of the delay which had occurred.

As a consequence the January 2005 decision of the Deputy Registrar was set aside. This meant that the service of the claim was irregular. Because that irregularity could no longer be cured, the appropriate course was to dismiss Hansells’ action against Rickards. Judge McGill cited an alternate basis for this dismissal: “want of prosecution” because more than two years had elapsed from when the claim was filed until it was served.

/2007/05/01/gold-coast-solicitor-off-the-hook-on-old-marketeering-claim/[/AREB Comments]
Categorised in: News
« Is The Property Insurable? A Trap For The Unwary!
Litigation Lawyers Ditch Marketeering Clients »