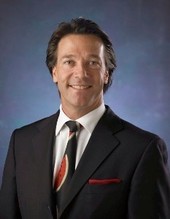 According to the article,

“The allegations are contained in two articles from Mr Jenman’s website, which could be seen when the agents’ names were entered on internet search engine Google.

A Supreme Court statement of claim lodged in December said they sought action by Google to remove access to the articles, but it was not done.”

Neil Jenman is no stranger to defamation actions (such is the lot of any consumer advocate who takes on the powerful real estate industry), but actions against him invariably fail.

Clearly sensing some trepidation on the part of Castran and Forytarz, Jenman taunts,

“Why wouldn’t they attack the person who is making the comments about them?…Here’s my chest. Come on, take a shot at me.”

It does seem odd that no action is taken against Neil Jenman, when a simple search on the names Paul Castran and Mark Forytarz in the Jenman website will reveal the articles in full.

Perhaps Neil Jenman is so highly respected in the world of real estate consumer advocacy that no-one would dare take a shot at him. See “The Avenger”, in which Jenman was profiled in the highly regarded ABC Television program Australian Story.