Former corruption investigator Tony Fitzgerald QC and former premier Wayne Goss recently charged that Queensland’s Beattie and Bligh governments had let the state slide back into its “dark past”. 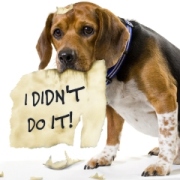 “Ethics are always tested by incumbency”, explained Fitzgerald.  “The longer any side of politics is in power, the more risk cobwebs will settle”, Goss added.  Both agreed that standards had slipped during 11 years of Labor government – commencing with Premier Beattie’s election in 1998 and continuing under Bligh’s premiership since 2007.

Another commentator said the debate over government integrity, ethics and accountability had simmered “for months, if not years”.  Meanwhile a Galaxy Poll showed 65% of Queenslanders believed corruption and cronyism were wide-spread in the Bligh government.

Ads ran this week describing Peter Keech as a “land sales marketing specialist” and last week end he was on site at an Eagleby estate flogging vacant blocks.

Beyond the obvious potential for conflicts of interest, there’s also another wee problem: Mr Keech doesn’t have a sales certificate that allows him to make deals.

On 30th March the Albert and Logan News ran its ROW OVER HUBBY’S JOB:

A change of career for an MP’s spouse has roused watchdogs concerned about conflicting interests.

“What is the Minister going to do about a real estate company in her electorate that may be breaching the Act?”

“Since this has raised its head, I’ve been in touch with Fair Trading and Margaret Keech and we don’t see a conflict of interest,” Mr Wey said.

“We had two or three sessions to discuss conflict of interest before he started.   “He’s not formally employed by us until he gets his registration.

“We’re sponsoring him to do his course.

Mr Keech said,  if the conflict of interest argument was valid, it ruled out any employment options for him given the wide range of  decisions Mrs Keech was privy to as a minister.

A spokesman for the minister said Mr Keech’s licence application would be considered “the same way as any person in Queensland”.

I soon wrote columns for the Albert and Logan News and the Gold Coast Bulletin.  The former was captioned “KEECHGATE” while the Bulletin on 16th April ran MARGARET KEECH AFFAIR MUST BE INVESTIGATED:

Yet another Beattie Government minister beggars all belief. Fair Trading Minister Keech has treated poorly an issue which raises conflicts of interest and involves dubious… real estate promotion and advertising…What did the Minster do when her husband, a former real estate salesman, opted to leave his job last November with Southport Labor MP Peter Lawlor, to return to real estate and lined up for a Real Estate Institute training course?

What did the Minister do when an agency in her Albert electorate sponsored hubby to take the course?

What did the Minister do when hubby finished the course, and, while waiting for his results dabbled in a little work experience…?

What did the Minister do when the agency ran adverts…featuring a colour photo of Mr Keech and introduced him as its land sales marketing specialist?

What did the Minister do when adverts for home sites in a subdivision described hubby as a sales person, invited buyers to meet Peter Keech, and to obtain additional information by emailing him…?

And what did the Minister do when one advert included hubby’s head-shot and mobile number?

Only last month after I discovered the Office of Fair Trading had no record of Peter Keech as a licenced agent nor as a registered salesman, and after a journalist phoned the land sales specialist who confessed he was just learning and had not secured his salesman’s registration, did the minister do something.

Between the phone call and The Courier Mail’s report next day on the obvious potential for conflicts of interest, Ms Keech finally wrote to Queensland’s Integrity Commissioner informing him of hubby’s intention to re-enter real estate, that he had completed his course and would be employed as a sales person when he obtained his licence.

With no mention of how the adverts promoted her husband, she belatedly sought the commissioner’s advice as she was now aware of the likely perception of a conflict of interest.

The Minister told Parliament she had received approval from the Premier and the Integrity Commissioner to address the conflict by careful  and proper management, but failed to answer as to what actions she would take about her husband’s unlicensed activities and the agency which falsely advertised his so-called specialist services….

On the 19th April Keech addressed Parliament on a “matter of privilege”:

The issue was immediately referred to the Office of Fair Trading. The investigation was concluded before publication of O’Dwyer’s  article, and the results posted on the Fair Trading website. Fair Trading has taken enforcement action against the agency. The investigation found there were no grounds to take action against my husband.  My actions have been completely proper and appropriate throughout… I will fiercely protect my integrity and I will always support my husband’s right to make a living…

On the 22nd April, the Albert and Logan News followed with CALL TO STEP ASIDE:

Tim O’Dwyer has called on Minister for Fair Trading Margaret Keech to stand aside… (and) ….for an investigation relating to Mrs Keech’s husband’s training in real estate sales…

The matter has been investigated and the agency found to be at fault.

Mrs Keech responded that her actions were “proper and appropriate” and called for an apology from Mr O’Dwyer and the News.

On March 22, 20 days earlier, Mrs Keech told parliament, “My husband, in seeking to renew his employment in the property industry, has completed a sales registration training course and is awaiting a certificate of attainment…”.

The News has obtained a letter, signed by the minister, addressed to the Integrity Commissioner:

This letter is dated March 18, 23 days before Mr Keech’s last assignments were submitted.

“If this is true,  then the minister misled Parliament,” Mr O’Dwyer said.

“If her action was intentional,  Mrs Keech’s integrity was in question and, if unintentional,  her ability as a minister was in doubt.”

In the same edition was UNDER THE HAMMER:

A Beenleigh agent admits he “jumped the gun” with advertising that led to sanctions by Fair Trading (OFT).

The advertisement represented Peter Keech as a real estate agent.

(Agency) directors Dennis Wey and John Tamblyn were issued with an enforceable undertaking by OFT for listing Mr Keech as a land sales marketing specialist when he did not have a real estate agent’s licence nor a certificate of registration.

“We made a mistake by using his name and photo ahead of time.” Mr Wey said.  “We were gearing up to employ him and jumped the gun.  It’s our fault what happened, not Peter’s, not Magaret’s.  We’ve tried to hide nothing in this”.

The company was instructed to ensure future advertising was fair, not misleading, and that sales staff were “properly registered or licensed”.
Fair Trading did not find other breaches and did not fine the company.

Opposition Fair Trading spokeswoman Jann Stuckey, said the undertaking was “a pathetic joke, (and) a brazen and serious case of misleading advertising involving the minister’s husband (which) sends a very negative message that you can basically get away with misleading the public and issuing false advertising.”

We will not be apologizing.  We will be giving our readers a full and accurate account of what was said, by whom and when.

Unfortunately, at the very beginning no action was taken, then Fair Trading took action but did not even advise the newspaper which published the misleading advertisement.

Why the silence apart from a brief mention on the Fair Trading website?

We were informed by Fair Trading and reported that Mr Keech has completed his course.

The Minister is reported in Hansard that Mr Keech had completed his real estate course.

Now we are advised by the REIQ that the final three course papers arrived at REIQ offices on April 11. This is 20 days after the minister’s statement, and 23 days after the Fair Trading statement.  Our readers are owed an apology.

Finally on 4th May the Albert and Logan News ran KEECH BLAMES ASSIGNMENTS:

The debate over claims Fair Trading Minister Keech misled parliament may be due to re-submitted assignments.

Tim O’Dwyer claimed she misled parliament on the timing of her husband’s completion of real estate training. A spokesman for Mrs Keech said Mr Keech undertook and completed the teaching component between February 28 and March 4, 2005.

On March 22 Mrs Keech told Parliament: “My husband has recently completed a sales registration training course and is awaiting a certificate of attainment…”.

The minister never stood aside.   On April 27, in answer to a question about Raine & Horne Beenleigh’s disciplinary record, Keech said earlier complaints had been “finalised” and “resolved with no further action”.  This ignored a November 2003 Fair Trading advice that complaints had been “resolved” by assigning this agency to its “pro-active compliance program”.

I made no apology for questioning the proprietary of this minister’s remaining in a portfolio which regulated an industry her husband had already embarrassingly and controversially entered.  What responsible minister supports hubby’s “right to make a living” with an organisation found by her own department not only wanting on how it spruiked his services and qualifications but also needing “pro-active compliance” programming?  Whatever that is.

Was it corruption or cronyism when Fair Trading identified clearly false and advertisements, but  regarded such conduct by a licensed agency as merely not acting fairly and professionally?  Then lamely accepted a promise not to be naughty again?  Of course Peter Keech’s exoneration meant he would shortly be a fit, proper and registered sales-person.

What of Mrs Keech?  After Bligh became Premier Keech was dumped from Fair Trading but remained a minister until April this year when she became the government whip, and – wait for it – joined the Members’ Ethics and Parliamentary Privileges Committee.