“Maitland Horler Ethical Agents” is an estate agency in Mentone. And yes, their name really does include the words “Ethical Agents”. 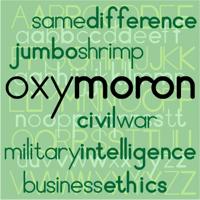 Did Maitland Horler Ethical Agents actuallyearn the title “ethical agents?” Have they been voted “ethical” by some independent consumer organisation? Perhaps they’ve compared themselves to other estate agents and decided on this basis that they’re “ethical”.

Of course, it’s also possible that they’re aware of consumer concerns about unethical behaviour in the real estate industry, and have simply called themselves “ethical agents” as a cynical marketing ploy.

But what if an estate agency trading as “ethical agents” behaves in a manner that is so unethical as to render its name an oxymoron?

Why would an estate agent want a consumer to dismiss their lawyer, and to replace the lawyer with a non-lawyer conveyancer?

More importantly, why would any estate agent believe that he or she has the right to “advise” a consumer that they should forgo legal representation in the most important legal matter that a consumer is ever likely to encounter?

Why did Stephen Horler, of Maitland Horler Ethical Agents contact the purchasers and advise them to get rid of their lawyer?

We don’t know how Stephen Horler justifies his behaviour, but we can make a few further observations:

Estate agents have realised that they can exert a great deal of influence over sale transactions by manipulating those who represent the parties.

The ability of the estate agent to make direct contact with a lawyer’s client, and to undermine the lawyer-client relationship is easily adapted as a tool for controlling a party’s lawyer. The most outrageous example of such control is where an estate agent advises a consumer dismiss their legal representative.

Such behaviour should be regarded as more than simply unethical; it should be declared criminal.

Having made clients aware of the behavour of some so-called “ethical” estate agents, we were asked,

“What kind of moron actually advises people not to use a lawyer for a legal matter?”

The obvious answer is,