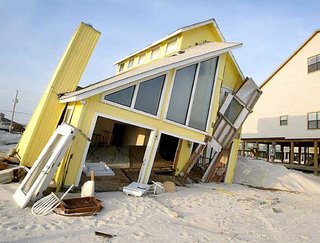 One enlightened local government authority has produced a brochure to alert residential sellers and buyers alike to the problems of illegal garages, carports, roofed pergolas and patios, decks, garage conversions, downstairs toilets, spas and pools – all too often added without requisite council approvals or inspections, but invariably not disclosed by sellers or real estate agents to unsuspecting buyers.

Many Sunshine State agents, of course, wouldn’t know an illegal structure if it fell on them.

Which municipal council, unlike most Queensland agents, recommends to sellers that they obtain a full list of building approvals and inspections, so any outstanding matters can be fixed “well before placing your property for sale”? Which council, unlike any agents, warns sellers that buyers’ discovery of undisclosed building concerns can cause contracts to crash?

Which council, unlike all Deep North agents, suggests buyers include in their purchase contracts a clause “specifying that the contract is subject to council approval and finalization of all building and structures on the property”? No matter that all other councils in Queensland rarely chase up outstanding inspections – but happily reveal these in search replies to buyers’ solicitors.

Only Caboolture Shire Council (bless its Woodford Folk Festival heart!) appreciates that the standard residential contracts used in Queensland give buyers no redress when it comes to undisclosed illegal structures. Hell, disclosure is a dirty word in real estate here! Home selling can be challenging, says the council’s brochure, particularly when genuine buyers might walk away from sales (because not all structures are “kosher”).

Why is the Beattie Government’s Office of Fair Trading unconcerned that lame laws and flawed contracts can mean homebuyers left with “responsibility and costs” for approvals and inspections? Or, more seriously, facing demolition orders?

The Premier’s Office some years ago wrote to me:

“…the Government sees some scope for reform, although it would change the character of the legislation by for the first time imposing obligations on parties other than agents. Because people sell property often for reasons of financial distress, it is not reasonable to impose additional expenses on them as a pre-condition of putting property on the market… It is not difficult to conceive of examples where mandatory disclosure…would impose unnecessary costs on parties. For example, most of this information would be irrelevant to a buyer whose objective was to demolish existing structures in order to build a new dwelling. There is no reason, however, why vendors should not disclose information they already possess and the Government is prepared to undertake to examine ways this principle might be implemented in legislation.”

I’ve heard no more, of course, despite the fact that mandatory pre-contract seller disclosure has long been par for the residential real estate course in other parts of Australia.

Meanwhile, switched-on Caboolture, unlike many of Queensland’s conveyancing solicitors, also recognizes the dangers of the cunningly short time limits in the majority of agent-prepared contracts. Buyers are wisely advised to have their solicitors undertake council searches “before finance is approved to ensure…time frames can be met”.

On 4th March Queensland’s Sunday Mail newspaper reported that the State Government would introduce legislation giving councils the power to fine individuals $750 and organisations $3750. Previously, according to the Sunday Mail, councils had to take offenders to court which could often be time-consuming and costly. This may explain why local councils invariably do nothing about approved structures where property owners have not arranged inspections, or where structures have not passed inspections which did take place.

Local Government and Planning Minister Andrew Fraser said the new fines system would be a strong deterrent to backyard builders.

“While most people play by the rules, unfortunately there are always going to be cases where development conditions are inadvertently or deliberately breached,”

“The introduction of penalty infringement notices will give councils a greater ability to keep builders…accountable and ensure that development conditions are adhered to.”

Mr Fraser said the new laws should be in force by mid-year, but would not be retroactive.

On-the-spot fines could be issued for: • Unlawfully erected buildings, including pergolas, sheds or house extensions. • Structures that differed from approved work.

Mr Fraser said offenders could still end up in court. “Under the proposed systems, councils will now be able to issue two on-the-spot penalty infringement notices.”

“If these two notices are ignored or breaches are not remedied, councils can then institute court action to address the problem.”