Consumers are starting to wake up! Finally the market has turned on an auctioneer, and refused to be manipulated.

Although it was tucked away on page 5 of yesterday’s Sunday Herald-Sun newspaper (Sunday Herald-Sun p.5 4 March, 2007), this small article, titled “Auction booed”, indicates that consumers are growing tired of the artificial manipulation of the the real estate market. 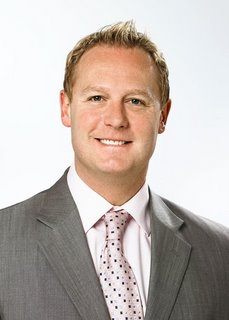 According to the article,

“The weatherboard house at 6 Errol St was on the market at $1.1 million. Shortly before it reached its sale price of $1.6 million, one bidder offered a $1000 rise. Auctioneer Guy St Leger of Biggin & Scott refused to accept the bid, saying he would take only $5000 increments. ‘The entire crowd of 200 people booed him,’ an onlooker said.”

We have long argued that real estate auctions are scams, and that they are regularly used by estate agents as means to manipulate and condition. Dummy bidding and improper interference with the bidding process are just two examples of improper conduct associated with auctions.

In some cases auctions are used as a vehicle for outright criminal deception.

While it is unlikely that a criminal offence has been committed in this case, it is misleading and deceptive for a person who has a degree of control over a sale to assert that he is somehow entitled to require that indivuduals increase their bids.

Let’s examine the way estate agents and auctioneers use auctions as a tool of manipulation.

Just a game of musical chairs

Real estate auctions operate as a silly competition to see who gets to make an offer to the vendor. It’s about as useful as a game of musical chairs, where the participant who calls out the highest number when the music stops gets to talk to the vendor.

There is no binding contract after the auctioneer yells “Sold!”. The highest bidder can simply walk away, and the most the vendor can do is to ask for compensation for time wasted on the auction.

Auction rules – a load of rubbish

The so-called auction rules set out in the Sale of Land Act are just a lot of nonsense. They do little more than offer the appearance of credibility to the silly auction process.

Real estate auctioneers love them because they can be used as a smoke-screen, they are easy to work around, and they have allowed the worst aspects of the auction farce to remain in place. Most amazingly, the Sale of Land Act has allowed the serious criminal offence of “Obtaining A Financial Advantage By Deception” to be regarded as a lesser offence when committed by estate agents during an auction.

Auction conditions in the contract

Unfortunately, I have to acknowledge that the power of the estate agent to control, manipulate and deceive is made possible to a large extent by the lawyers and conveyancers who, in effect, conspire with the estate agent by preparing what is known as the “auction contract”.

But wait a minute. When the auctioneer holds aloft the “auction contract” and tells the gathered bidders that the auction will be conducted in accordance with the special conditions contained in the contract, what is the status of the auction contract? Doesn’t a contract have to be signed before it’s effective?

So, the special conditions contained in the auction contract are irrelevant until the document is signed by the purchaser and the vendor.

So what purpose do auction conditions contained in a contract serve? Apart from aiding deception, I can see no purpose for them whatseover.

How a genuine auction should be run

It is possible to run a real estate auction in a fair and transparent manner. Here’s how it can be done:

This process would effectively eliminate over-quoting, under-quoting, vendor conditioning, dummy bidding, and a range of auction-related disputes. Auctions would no longer involve lies, deception, manipulation. In fact, they would no longer involve the estate agent. The auction would do the job it was intended to do; it would allow competing purchasers to decide as between themselves the highest price to be offered for the property.

But therein lies its problem. Real estate auctions are not designed to benefit consumers. Auctions, as they are used at present, are simply a tool by which the estate agent gains certainty of commission.

As stated above, auctions are not about fairness for either of the parties; they’re about the estate agent getting a commission on a specific date.

If the procedure suggested above were adopted by estate agents there would be very few auctions.

The future of “people power”?

As more consumers become aware that they are being manipulated by a rotten real estate industry, and they develop a “class consciousness” (to borrow the term from Karl Marx) we can probably expect to see some fun at auctions.

Perhaps they will even become televised, with consumers booing and hissing estate agents as they are chased down the street by camera crews.

Perhaps the demise of the rotten auction process will be hurried along by people power.

We wrote to Mr. St Leger for his comment on this article, but received no response. However, Mr. Tom McCarthy of Biggin & Scott told us,

“Sometimes if you had your time again you’d do it in a slightly different way…but technically, legally, whatever you’d like to call it, he didn’t do anything wrong.”

We’re sure observers will be looking forward to Mr. St Leger’s next auction.