Do What I Say, Not What I Do

Call me old-fashioned, but part of my personal property investment strategy has always been never sell! At the same time within my law practice over many years my advice to conveyancing clients, intending to sell properties, has always been: Try to find a buyer yourself without the expense of a real estate agent s commission . The vast majority of my seller clients engaged agents anyhow. Some took my advice, but later listed with agents. Only a handful, I must admit, ever made successful D.I.Y. sales. 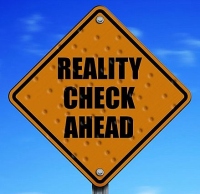 Recently I found my self needing to sell a property. A little old lady client had some years earlier made a will appointing me her executor. When she died the major asset in the estate was her former residence. Because the will provided for distribution among a number of family beneficiaries I was obliged, as executor, to sell this home. Once the sale had settled the estate would be wound up with the beneficiaries receiving their respective shares.

Although another solicitor in my office handled the legal work involved in administering the estate, I made the final decision at each step. The first step, when it came to selling the house, was to find out what it was worth. I decided to obtain a (free) market appraisal from an estate agent or two, as well as pay for a formal valuation from a valuer.

The first agent s written appraisal was that this property would sell on the current market for approximately $280,000 to $300,000 . He explained that this range was based on current market conditions, the benefits of the property and comparable sales of similar properties within a reasonable time period. At the same time he stressed that, although every care had been taken in arriving at his appraisal, it was an estimate only and was not to be taken as a sworn valuation . Moreover, he would not be responsible should the estimate or any part there of be incorrect or incomplete in any way.

A second agent put nothing in writing but, after inspecting the property, advised by phone that he thought it was worth about $340,000 because it was within a zoning area for duplexes . A quick inquiry at the local council showed that this house was in no such zone.

When the valuer s written report come in, this bluntly described the property as an inferior residence with a superior land value. After indicating that there might be some duplex development potential in the future , the report continued more pragmatically: The market value of the subject property is supported in the range of $280,000 to $320,000 by direct comparison, and I have assessed the market value at $290,000. A higher initial asking price is recommended in order to test the market A longer than average selling period is likely due to the poor quality of the residence .

The valuer included a couple of not unexpected reservations: This valuation is based on the most recent sales evidence available at the time of inspection, however, that sales evidence may not yet reflect any change in the market brought about by any recent media reporting in relation to interest rate rises or the state of the property market and its affordability. There is a chance of a declining market and declining values, however, the market is difficult to speculate at this stage of the cycle in this economic environment The valuation assessed herein may change significantly and unexpectedly over a relatively short period (including as a result of general market movements or factors specific to the particular property).

So I decided to ignore the second agent s guesswork, discounted any development potential and put the property on the market for $299,000. This figure was in keeping not only with the first agent s assessment but also with the valuer s recommendation. But should I take the course I had so often suggested to clients? Should I, as executor, try to sell privately without an agent?

When clients had considered the merits of doing this I had always further suggested to them that the first thing to do was to approach all their neighbours, and let them know the property was for sale. You never know, I would say, whether your neighbours might be interested in buying themselves, or whether they might have friends or family who could be interested. I would also point out how, every now and again, I had seen easy sales of clients properties made by agents to nearby neighbours. I would even mention how, on one television auction program, the selling agent had received genuine expressions of interest from owners on both sides of the property to be auctioned. It doesn t make sense, I would say, to pay an agent to sell to one of your neighbours. You can do that just as easily yourself. Scout s honour, only this year one of my clients who was selling a townhouse privately found a willing buyer in the same complex. Neighbours make the best buyers, and often pay your asking price.

To practise what I preached would have been a novel and interesting exercise for me, but not necessarily cost-effective for the deceased estate. It is one thing to save paying an agent s commission by marketing your property yourself. It is something else (and possibly no less expensive) to have a solicitor/executor s time spent promoting the property and sorting out prospective buyers. And would my charging for that time mean that I might be illegally acting as a real estate agent? There was another issue involving one of the beneficiaries who was rather twitchy about the whole administration of the estate, and less-than-confident that her (and her husband s) interests were being served. This difficult couple had already, in fact, tried unsuccessfully to lodge caveats over the title.

So, under all the circumstances, and to avoid any later arguments, I decided to list the property exclusively for 60 days with the first agent. The written appointment showed a list price of $299,000, but I did not tell the agent about the valuation. Within a week the agent signed up a buyer offering to purchase at the list price subject to finance approval and satisfactory building and pest inspections. I happily accepted this offer, but I could not help smiling to myself when I noticed that the buyer lived next door to the property. Hoisted on my own petard?

A few days later the buyers solicitors faxed a letter advising that their clients were in receipt of an unsatisfactory building and pest inspection report. Enclosed were copies of the report which revealed what I already knew from the valuer s report. The solicitors advised that their clients would, however, be prepared to proceed with the contract if the sale price was reduced by $10,000. I would not agree to this, so the contract came to an end with no further negotiations and the agent was authorised to refund the buyers deposit.

The ink on the refund deposit cheque would have been barely dry before the agent delivered to my office an offer from a new buyer. Accompanying this written contract offer was a brief note from the agent: This one is for $290,000 and is not conditional upon obtaining finance, and is not subject to a building or pest inspection. Settlement will be in 28 days from contract date. It was rather disappointing that my agent had volunteered no opinion on whether this was the prospective buyer s best offer or whether I should make a counter offer.

Anyhow, I asked my solicitor to telephone the agent and inform him that, because I had a registered valuation , I would not accept less than $299,000. Surprise, Surprise! Within hours the buyer s offer was increased to $299,000. I promptly accepted this, although I wondered whether my cashed-up and obviously confident buyer knew more about the property s future prospects than I had been advised. Settlement occurred on time and with no complications. The costs I charged the estate for handling the conveyancing, combined with the valuer s fee, came to a fairly modest sum compared with the rather generous commission earned by the agent.

And what might be the moral of this seller s tale? While determining a property s current market value has never been an exact science, a valuation can always be a useful bargaining tool for a seller – especially when your agent needs a nudge.