A young home-seller had to change solicitors when a problem arose on his sale. Apart from the same solicitor having acted for both parties, the issue was simple: the buyers could not settle on time. They would be delayed because their bank was refinancing another property as part of its financing of this one. 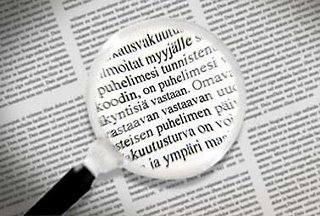 Although finance was approved and all special conditions satisfied, a week’s extension was needed. But the seller would not agree.

Nor did he have to. The parties had signed a contract with a fixed settlement date – and time was “of the essence”.

“What can I do?” the seller asked his new solicitor.

“If you are ready to settle on the due date,” the solicitor replied, “you can hold your buyers in breach of contract, terminate and forfeit their deposit.”

The solicitor had one nagging doubt. Could the agency, which sold the property, still claim commission? When asked for a copy of his listing agreement, the client produced a 20-page bound booklet. On the cover were these questions: Why? When? Who? Where? What? How? How much? These exclamations: Excellent! Thank you! This explanation: “Some questions answered because ‘real estate is about people not houses’”; The familiar picture of a girl and teddy; L J Hooker’s logo and slogan “Nobody does it better”.

The solicitor focused on the last 8 pages containing the government-prescribed Form of Appointment and the “terms and conditions … approved by the Real Estate Institute of Queensland”.

The seller had actually appointed three Hooker agencies (with separate ABN and licence numbers) to sell his home.

By Queensland law this appointment must state how the agent(s) will perform the selling service. Scout’s honour, this simply stated: “$795.00 NO SALE NO COST MARKETING.”

Otherwise, this was an exclusive agency for the maximum permitted term of 60 days. The document explained, as required by law, that the seller would have “to pay the agent” if the property was sold during the term by the seller, the agent or any other agent. Commission was the maximum prescribed in Queensland.

When would it be payable? Under clause 2 (“Entitlement to Commission”) of the REIQ-approved terms the client agreed to pay the commission if a sale contract was signed with a buyer “within the term or after the term” where a “Relevant Person” was the effective cause during the term provided the contract settled. A “Relevant Person” was defined as “any person (including the client)”. One of the agents had sold the property, and was clearly the “Relevant Person”. But then came an alternate proviso for entitlement to commission: “(if) the contract of sale is not completed and the whole or part of the deposit paid is liable to be forfeited.”

In other words, if a sale settles, the agent gets paid but, even if a sale falls over, the agent still gets paid provided the deposit is “liable to be forfeited”. (Incidentally under clause 2, if the sale “is terminated by mutual agreement of the client and the buyer”, commission is payable.)

Except in this sale the agent took a full deposit of … wait for it … $100.00! A mere 100 bucks to secure a three hundred grand property sale! No worries on settlement, though. The agent made sure the contract had a “minimum deposit clause” whereby the seller instructed his solicitors to deduct the commission from the settlement money and pay this to the agent less the pitiful $100.00 held in the agent’s trust account. Nobody does it better?

So here was the dilemma: If the buyer cancelled, the deposit was clearly “liable to be forfeited” under the standard (REIQ) sales contract terms. Cancel but not forfeit, and commission is still payable. (Same agent-friendly result if the seller does a deal with the buyers.) If the buyer here cancelled and bothered to forfeit the $100 deposit, he would immediately owe his agent the best part of ten grand. Of course he could still sue the buyers for damages which would include this commission. But most sellers want to sell a house, not buy a court case.

The story ends happily. The seller re-thought his decision to cancel, and agreed to the extension. The prospect of keeping his home and the deposit, but still paying the agent, convinced him to respond reasonably to the buyers’ not unreasonable extension request.

By the way, what was meant by “$795 NO SALE NO COST MARKETING”? This was explained elsewhere in the booklet (sort of): “No sale, no cost (pay on results $795.00). This is promotion of your property at our discretion. Your property may or may not be the most effective property to advertise for the best results. This system generally but not always includes specific marketing. The $795.00 is deducted from the purchaser’s deposit at the time of settlement.”

The client also appointed his agent(s) “as consultants for the advertising and promotion of the property.” Consultants? Anyhow these consultants accepted the appointment and agreed “to provide ongoing promotion to assist sales which may include the subject property or properties similar thereto in order to generate interest and inquiry …”

So licensed Deep North foxes can happily sell a home with discretionary “advertising and promotion” which “may include” other peoples’ properties, then expect max commission if the buyer defaults, no matter how minuscule any deposit “liable to be forfeited.”