How Cool Is “Cooling Off” In Real Estate Contracts?

When is a contract not a contract?
Answer: When the law lets a buyer cool-off and cancel the contract.

Time was, when cooling-off periods applied only to door-to-door sales contracts. Nowadays in most parts of Australia – Queensland included – residential property buyers may validly terminate “signed-sealed-and-delivered” contracts during the cooling-off periods allowed by real estate laws. Governments and their Fair Trading offices say this is an excellent consumer protection mechanism for buyers, but fail to appreciate that Mum-and-Dad sellers can also be protection-worthy real estate consumers. 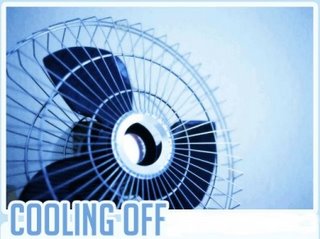 Why no seller’s cooling-off right? The official thinking may be that buyers are more vulnerable to seller or agent pressure. But if buyers alone need an escape hatch after contracting under pressure, why no cooling-off for auction buyers? When real estate auctions are promoted on the basis that they create a sense of urgency and a competitive environment, surely residential auction buyers (if not also auction sellers) most need protective cooling-off rights – especially when the fall of the hammer irrevocably commits both parties to a “cash unconditional” contract.

How fair is a buyer’s cooling-off right when its exercise can inconvenience not only innocent sellers but also everyone else involved in a sale – agents, solicitors, insurers, finance brokers, building and pest inspectors, valuers, sellers’ mortgagees and buyers’ financiers?

To my mind, cooling-off is a poorly-conceived, after-the-event approach to consumer protection. A better way to protect buyers and sellers alike is to keep agents out of the contract-making process. Only those legally qualified should be legally allowed to prepare legally binding contracts.

Otherwise the law should oblige buyers and sellers to obtain independent legal advice before contracts are signed – just as many financiers require borrowers to be legally advised before signing loan documents.

Of course the law usually provides for penalties to apply if buyers want to cool off. How fair are these? In Queensland the cooling-off penalty is calculated as a percentage – 0.25 percent of the contract price. This can be a not insignificant sum. So much for the integrity of a consumer protection mechanism where it costs to exercise your statutory rights. And why should an up-market seller be entitled to a greater penalty from a cooled-off buyer than a down-market seller? Why not a fixed penalty amount?

No matter that the Real Estate Institute of Queensland’s standard listing agreement permits agents to keep half the cooling-off penalty payable to sellers. In any case penalties are payable only from buyers’ deposits. So if a property is sold on a token deposit (agents often accept $100.00 or less), the penalty can be quite paltry. So much for compensating sellers for a lost sale which is, presumably, the rationale for penalties in the first place.

While governments remain unwilling to give sellers cooling-off rights on sales contracts, they clearly have not even considered protecting sellers with cooling-off rights when properties are listed for sale? To my knowledge, only the Jenman Group’s APPROVED agents give clients an opportunity to cool-off from their 49-day exclusive listing agreements. No other agents or franchise groups appear to offer this owners’ opt-out.

HOW COOLING-OFF CAME TO QUEENSLAND

To cool-off or not to cool-off? That is the question the Beattie Government faced when revamping real estate laws. The Government’s answer was: “There will be no cooling-off, and who cares how it works in other States?”

The then Fair Trading Minister’s policy advisor explained, “We were convinced by the industry that it would impose an unnecessary burden resulting in longer settlement periods.” The Government later admitted to going cold on cooling-off because it thought agents would try to de-rail this protection.

So the preferred option was for a pre-contract Warning Statement advising residential buyers to get pre-contract legal advice because ”there is no cooling-off, Virginia.”

After pressure to kerb two-tier (overpriced) property marketeering the Government devised an exception: residential buyers could cool-off if they signed up after an “unsolicited invitation” to attend a “property information session”. Any first approach to a prospective buyer constituted “an unsolicited invitation”. The selling that usually followed this constituted a “property information session”.

What most agents had done for decades, such a tele-marketing, personalised mail-outs or working their windows, came within this rule. Every sale in these circumstances triggered a cooling-off right with a different Warning Statement which said in effect: “Get legal advice, but you can cool-off!” This new safeguard, long part of door-to-door sales laws, caught agents with their unsolicited pants down. Meanwhile the property marketeers scammed on undeterred.

The REIQ, well aware of its members’ marketing practices, damned the law as “open-ended”, “ambiguous”, “unclear” and “unmanageable”.

Then lobbying began for a general cooling-off. No one wanted signed-up-but-cold-footed buyers backing out of deals. Rather the property industry was spooked by the compulsory pre-contract warning (to buyers not sellers, mind) to seek independent legal advice. Derailing this protection was what motivated the pro-cooling-off lobby.

The Beattie Government soon back-flipped, and brought in cooling-off similar to other States. This became an excellent selling tool, with hesitant buyers usually told: “Don’t waste your money seeing a solicitor first. There’s a cooling-off period. You can still get out. It’s safe to sign now. It’s only an offer.”

Few residential buyers are directed to the cooling-off penalty details tucked away in the fine print on the second page of the more-than-1100-word-long Warning Statement. But the Government happily permits salespeople to deliver this to consumers, hopefully expects they will read it and blindly trusts it will protect them.

/2007/05/01/how-cool-is-cooling-off-in-real-estate-contracts/[/AREB Comments]
Categorised in: News
« Cunning Commission Clause
Why I Like This Estate Agent »