For some time now a number of banks and non-bank lenders have been promoting themselves as “the battler’s buddy”, while illegally forcing their clients to pay for costly certificates. We believe that over the past decade these bully banks and their lawyers have fleeced their borrower clients of $Millions. 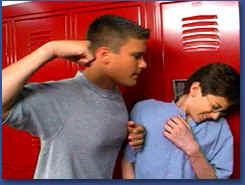 It’s a clever scam, because it avoids the disclosure requirements of the Consumer Credit Codeby forcing the borrower to incur costs personally.

Over the years we have battled the lenders and their lawyers who use it, but with limited success.

Even the Legal Services Commissioner has been baffled by it.

Let’s look at how it works, and why it has endured for so long.

A basic outline of the scam

Lenders require their lawyers to protect their interests by confirming the status of the security property. The lender’s lawyers usually do this by purchasing certificates from councils and other authorities. The cost of these certificates can be in excess of $200 per set. The lawyers don’t want to bear this cost, and they don’t want to charge it to their lender client.

The lender tells the borrower that it will not provide funds for settlement unless the borrower buys and supplies the certificates.

How borrowers are forced to comply

Borrowers are forced to participate in the scam through threats and intimidation at various levels.

If the conveyancing lawyer argues that the borrower does not have to bear the cost of supplying certificates to the lender, the lender’s lawyers will tell the borrower that his or her lawyer is “jeopardising settlement” or is “unco-operative”. We have experienced this on numerous occasions.

(We received a written apology from one large law firm whose paralegals illegally threatened our client in this way without our knowledge. The apology eventuated only because we told them that a formal complaint would be made regarding their behaviour. The law firm stopped demanding certificates for a while, but have recently returned to the scam.)

Even the Legal Services Commission appears to be baffled

We recently lodged a formal complaint with the Legal Services Commissioner. We received a response from Ms. Victoria Marles in which she advised that the complaint had been “summarily dismissed”, stating as her reasons:

“1. It seems to me that it is a contractual matter between the lender and the borrower as to the lender’s requirements to settle. I am not able to determine legal questions as part of my role;

2. I note that (the lender’s lawyer) has indicated in his correspondence with you that the request for certificates is made on his client’s instructions. It is therefore not appropriate for me to intervene.”

We wrote back to Ms. Marles:

“While you may not be obliged to determine legal questions as part of your role, surely you must ascertain the facts of a matter before making a decision to dismiss.

The conduct complained of was:

2. (The lender’s lawyer) made an unwarranted and unenforceable demand for the borrower to purchase and deliver certificates.

It is quite clear to me that such behaviour is wrong ethically, legally and professionally. I now seek your advice as to the following:

1. On what basis do you conclude that the borrower had a contractual obligation to provide rate and planning certificates to the lender or to (the lender’s lawyer)?

2. In the absence of a contractual obligation to pay for and deliver certificates to the lender, do you believe that the borrower is nonetheless obliged to fulfil a demand to do so by the lender?

3. Is it your view that, in the absence of an obligation as described in 1 or 2 above, (the lender’s lawyer) is nonetheless entitled to threaten the failure of settlement in order to force the borrower to purchase and deliver certificates?”

Ms. Marles did not respond to our letter, and our questions remain unanswered.

What we find most disappointing about Ms. Marles’ approach to the matter is that she seems unable to grasp exactly how the scam operates. She does not seem to appreciate that the lender’s lawyer has no right to demand certificates from the borrower, that the borrower is under no obligation to buy certificates for the lender, and there is something wrong where a lawyer bullies a consumer into paying for the lawyer’s overheads.

We believe that Ms. Marles’ approach to the matter is one of the reasons why the scam endures.

We hope that eventually a regulator will tackle the scam, prosecute those who use it, and require the bully banks to repay the $millions they have extracted from their consumer victims.

The future of the scam

Hopefully, some of the bully lenders and their lawyers, on reading this posting and considering the possibility of a large-scale retrospective refund of the $millions the scam has saved them over the past decade, will decide that it’s time to change their procedures.