Queensland’s Auctioneering Practice Code of Conduct is flawed – not only because of its failure to require identification of phone-bidders absent from auction sites and proof of the authority given their representatives, but also because auctioneers have to keep registered bidders’ identities secret. These must not be disclosed to anyone other than a Fair Trading inspector or a court. So there’s really nothing very public about public auctions in the Deep North. What about the sellers’ rights? Well, an auctioneer may give up a bidder’s identity to a seller of an auctioned property only if it is “necessary” for negotiations with that bidder after the property has been passed in, or for “facilitating the sale of the property.” 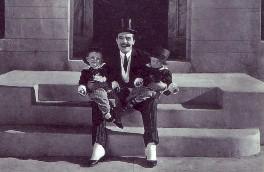 At the same time the most fundamental defect within this Code of Conduct is the Office of Fair Trading’s long-standing inability to understand that auctioneers are merely hired mouths on the day. The Code may say lots about auctioneers’ duties to clients but sellers are invariably clients only of the estate agents who engage auctioneers to wag their tongues, wave their arms and occasionally bang their hammers. Regretably, there is no specific regulation of the conduct of agents before and during auction performances – in this Code or in the agents’ Code.

Anyhow, The Courier Mail newspaper continues to expose (perhaps unintentionally) the entertaining carryings-on at Sunshine State auctions. On one recent Saturday an auctioneer had, according to The Courier, “to assert auctioneer authority” when a female bidder “mockingly” used her paddle to harass an opposing male bidder. A fresh bidder soon earned his “paddle pat” from the woman. Apparently the auctioneer warned the woman against further “physical violence” but, when the first man began bidding again, the woman asked the auctioneer if she could “slap” him again. The woman then dropped out of the bidding, the two men continued and the house was eventually sold to the original bidder who was described by The Courier as “a lone father who plans to live there.”

A two-bedroom unit became the bargain of one auction night when it sold for $204,000 “after an enthusiastic bidding duel” not between two, but rather “by seven registered bidders”. The winning bid was described as “a conquering offer.”

One property put up for auction reportedly failed to sell because the auctioneer refused to accept an offer from a bidder who refused to register. Another property sold “under the hammer” to the only registered bidders, a couple, after the auctioneer made the first bid at $600,000 and “after making a counter offer at $640,000, the couple agreed to a price of $690,000.” The Courier also blandly reported that the “marketing agent” of a house which was sold following a bidding battle, then “brief negotiations”, said that “solid interest” in the property had “translated into 55 people at the auction.”

On the other hand, a Courier Mail journalist has given a somewhat more discerning account of Queensland’s auction system:

If you want to bid at an auction, don’t be late. All bidders have to be registered, by producing a photo ID. You have to use a paddle with a number on it for your bids to count. And your name will stay on record for five years… People can be confident that whoever they are bidding against is at least genuine enough to prove their identity and have it recorded in case of future investigations…

The new laws do provide more protection to sellers. But on the other side of the coin, the poor buyer has to cop the fallout. There is little in the changes to help make the stressful real estate buying process any easier…

And then there’s the annoying problem of scanning real estate ads without prices. Expect that frustration to increase… Real estate agent John Johnston…is also concerned the Government didn’t take this chance to outlaw sellers’ bids during auctions. “Current policy allows auctioneers to take or make bids by, for or on behalf of the seller.”

“This practice is not just questionable, it is also generally contrary to the seller’s best financial interests,” he says.

Johnson then gave The Courier this disarming explanation:

“Inflating the value of the property through seller bidding often causes the property not to sell for its market value at auction or in the peak negotiating seven-day period afterwards. The property then goes stale in the marketplace, the result of which — as history shows us time and time again — is that sellers ultimately have to accept far less than what they were genuinely offered at auction.”