Auction Tales From The Deep North

Queensland’s Beattie Government has changed the law on auctions. It took six years, despite Fair Trading Ministers’ regular boasting about the world’s best real estate consumer protection laws, to realise the wishy-washiness of its Code of Conduct obligation on auctioneers to make their “best endeavours” to identify bidders. 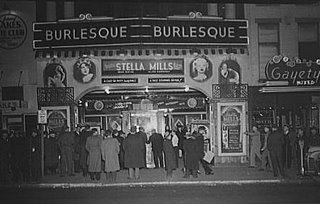 Would you believe, Fair Trading’s Konsumer Kops once found nothing wrong with one contemptuous best endeavour – a sign on the front desk at the auction inviting folk to give their names for a lucky door prize?

Anyhow, auctioneers must now properly identify bidders, confidentially register their names and addresses then give numbered cards or paddles to show during the auction. Trouble is, auctioneers do not have to identify absent persons bidding by telephone or get proof of authority for the persons present to bid this way. Guess how dummy bidders can still rort the auction process?

Queensland still allows vendor bids, but auctioneers must now announce when they are bidding for the owners. Why would anyone want to bid for their own property? Australian Competition and Consumer Commission Chairman, Graeme Samuel, finds little difference between vendor bidding and dummy bidding. Vendors have no more intention of buying their own properties, he says, than has “the tree or the gnome in the garden.”

Meanwhile The Courier Mail has unashamedly revealed in its weekend Real estate Supplement some of the hi-jinks now being performed at suburban street-theatre auctions.

The Courier reported only one “active bidder” at an auction for a five-bedroom house, although three had registered. Never mind there was actually a second no less active (but obviously unregistered) bidder – the auctioneer himself! According to The Courier the auctioneer opened the performance/auction with a “vendor bid” of $450,000 which was followed by a “two-way duel” to $480,000 between the auctioneer and the genuine bidder. Apparently the show was over at that point because later private negotiations lead to a sale to that lonely bidder/buyer for $505,000. What a farce!

At another auction, according to The Courier, there was a crowd of “about 50 people” but no registered bidders when the auctioneer “opened proceedings beside the backyard pool.” Nevertheless, a professional house-stumper (and developer) from an adjoining property made an opening bid of $250,000 which was rejected until he agreed to go through the registration process. Then came a “one-on-one bidding duel” with the auctioneer countering each of the neighbour’s bids to $390,000 before the auctioneer and the listing agent retired to speak with the vendors. The Courier Mail’s report of this exercise in burlesque continued:

“Shortly afterwards, the man — using the back entrance to the home — joined them and demanded to negotiate with the vendors directly. It was later revealed the man had tried to buy the house earlier in the day but had been rejected. For almost half an hour, the crowd looked on in amusement as Mr Andrew (the auctioneer) and Ms Fell (the agent) took turns in trying to get him to increase his offer. At one stage, the man…took time out to phone the TAB before the sale could continue. Eventually, the man went back inside to the sellers with an offer of $410,000 which they accepted and he then went out to the crowd and confirmed his bid.”

At yet another auction a woman bidder who, in The Courier’s words, “at one stage bid against herself” was “declared” the buyer after she failed in a request to retract her offer. After several bids from other prospective buyers, the woman reportedly made a $1.5 million bid then increased it to $1.6 million. Apparently, after discussions with the vendors, the auctioneer “declared the house on the market at $1.6 million” whereupon the woman purported to withdraw not only her last offer but also the one before. According to The Courier, the auctioneer then told “the audience’ any bid could be withdrawn with the vendors’ permission but this was refused. No doubt the auctioneer relied on this extraordinary clause in the Real Estate Institute’s standard auction conditions:

“A bid will be taken to be accepted and irrevocable unless the Auctioneer, immediately after it is made, refuses it.”

The Courier Mail’s report did not state what happened next – whether the bidder paid any deposit or whether she signed any contract. Only that the house was one of five properties “sold under the hammer.” The story of this sale will make the law reports if it ever goes to court, but don’t hold your breath. I’m betting the vendors want to sell a house, not buy a court case, that the woman has decamped and the property is still for sale – but most likely not by auction.

/2007/04/30/auction-tales-from-the-deep-north/[/AREB Comments]
Categorised in: News
« Conveyancers – Consumer Safety Is Still A Long Way Off In Victoria
But Wait, There’s More Burlesque In Queensland! »