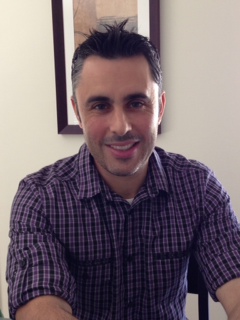 Applications for an ex gratia payment will be quite common in the future, unless the NSW Office Of Fair Trading start looking closely at the relevant provisions of the NSW Property Stock & Business Agents Act 2002.

An ex gratia payment is made in the exercise of the prerogative power of Government. A payment may be made if a person has suffered a financial loss or other detriment directly as a result of the workings of Government. This detriment must be of a nature which cannot be remedied or compensated through recourse to legal proceedings (or where it is impractical to do so).
After I received a letter of response from Commissioner for Fair Trading Lyn Baker, concerning the placement of SOLD stickers on signage on properties after the conduct of an auction. I was expecting to receive a legally correct answer, but to my surprise what I stumbled on was nothing but false and misleading.

On Thursday 9th July, here is my response to that letter, which clearly shows, even they don’t know their own laws.

My name is George Rousos, sometime back you responded to an email I sent to you, in respect to some of the legal issues at auction. In one of the paragraphs where you had responded to my query on the placement of SOLD stickers on signage on properties after the conduct of an auction. ( as indicated below)

With all due respect, what you are saying here, still contravenes section 51 of the act.

When you advertise a property as being SOLD, you’re saying it is truly sold, otherwise, it is false and misleading advertisement, not to mention a potential indemnity claim made against an agent for tainting the property, if in fact the sale were to fall over prior to settlement. 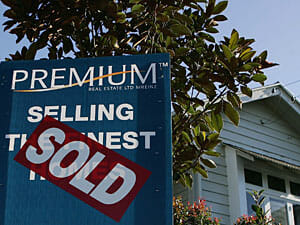 An unregistered interest in Torrens title land can be protected by a “caveat” lodged with the Registrar- General. This is designed to prevent any other buyer checking the register, with the intensions of trying to create an equitable interest on title,where a later interest can prevail over an earlier interest.

To understand the procedure of execution here, the Vendor (registered proprietor) hands the certificate of title and a signed transfer acknowledging receipt of the purchase price. Possession of the certificate of title and signed transfer enables Purchaser B to represent herself as the absolute owner.If armed with these documents, Purchaser B creates an equitable interest in favour of Purchaser A, who has failed to lodge a caveat in time to preserve their interest’s as a priority.

Even if another buyer came along with an expressed interest in the property, the vendor would have already instructed the selling agent (this being when the contract is unconditional), not to submit any further offers.

This is where the property should only be advertised as being SECURED but not SOLD.

It is then the responsibility of a legal representative to ensure their buyer client has safely secured the property from other buyers ( once the contract is unconditional), by simply lodging a caveat with the land titles office for only $92.00.