(NOT APPLICABLE IN VICTORIA OR A.C.T.)

Peter Mericka was correct when he stated in Auctions Exposed As Non-Binding that, as every agent, auctioneer, solicitor and conveyancer knows, a contract for the sale of real estate must be in writing and signed before it can be enforced. 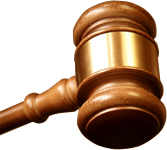 More particularly such a contract will be enforceable at law even if it is only “evidenced” in writing. This requirement flows from Section 4 of the Statute of Frauds 1677, an Act of the English Parliament, which has been incorporated more or less in legislation across Australia in these terms:

“No action may be brought upon any contract for the sale…of land…unless the contract…or some memorandum or note of the contract, is in writing, and signed by the party to be charged, or by some person by the party lawfully authorised.”

My learned colleague and fellow real estate cage-rattler was also correct, as far as Victoria (and the Australian Capital Territory) is concerned, when he agreed with the reported remarks of the Real estate Institute of Victoria that little could be done legally by the vendor if a winning bidder did not sign a sale contract after an auction.

The position is different elsewhere in Australia because, as one legal academic has written (wait for it!), <blockquote“the auctioneer is…impliedly the agent of both the seller and buyer and is empowered to execute a contract…on behalf of a seller or buyer, whether either one or both refuse to sign at the fall of the hammer.”The authority for this quite amazing proposition, which appears to be the law everywhere in Australia except Victoria and the ACT, is a nineteenth century English case: Bells v Balls [1897] 1 Ch 663. The auctioneer must, however, sign the contract immediately after the auction: Chaney v Maclow [1929] 1 Ch 461.

In a fairly recent Queensland case, Wright v Madden[1992] 1 Qd R 343, a property was knocked down to the highest bidder an auction, but (surprise, surprise!) the buyer left without signing the contract. After reselling the property at a loss, the seller sued the buyer for the difference between the auction price and later lower sale price.

The Court of Appeal held that the seller had no cause of action because there was no written contract signed by the seller to satisfy the Statute of Frauds. However, according to the above legal authorities, the auctioneer could have signed the contract on the buyer’s behalf immediately he realised the buyer had scarpered and was not going to sign. This action would have been, according to the legal academic,

“sufficient for a seller to found an action against the buyer for failing to complete, on the basis that writing existed signed by the auctioneer, who would have been acting appropriately as the buyer’s agent.”

No Statute of Frauds worries, mate. Other legal academics have explained how this extraordinary authority of the auctioneer to sign on behalf of the seller is “founded on the contract of agency signed by the seller and auctioneer.

“The buyers, by contrast, “authorise the auctioneer to sign on their behalf by bidding at the auction and being the highest bidders.” But a contract signed by the auctioneer, not immediately, but after the day of the auction “will not be an effective memorandum for the Statute of Frauds as the authority will have ceased.”

Another writer sums up the legal position simply as:

“the auctioneer possesses authority to sign on behalf of the reluctant purchaser and should do so if necessary”,

and quotes from the not quite so ancient English case of Phillips v Butler (1945) Ch 358:

“the auctioneer’s authority to sign on the purchaser’s and, if necessary, the vendor’s behalf, arises as soon as the contract is concluded, and is an irrevocable authority.”

Why is this not the position in Victoria (or the ACT)? The answer seems to be that in both those jurisdictions the relevant legislative equivalent of the Statute of Frauds provides that anyone signing a contract, note or memorandum must have been

And, of course, this non-written lawful authority of an auctioneer is what the Common Law cases establish.

Interestingly, if not also cunningly, Queensland auctioneers often read out, and invariably display prominently, the Real Estate Institute’s “conditions of sale by public auction”. These include this clever clause:

“The seller and the buyer each appoint the auctioneer agent to sign the contract of sale on their behalf.”

Consequently any bidders who have registered as such before an auction would be taken to have given this “lawful” authority to the auctioneer to be their “agent”.