A Fairly-Priced, Good Value Exercise In Wealth Creation – Like Hell!

Anthony and Kirsti McCurry of Grovedale, Victoria began their misadventure in Queensland property investment after responding to a attention-grabbing advertisement on Melbourne radio. They soon attended a seminar organised by a St. Kilda Road company, describing itself as “the wealth creation specialists”. The pitch before, during and long after the presentation was, naturally enough, “wealth creation security through property investment”. 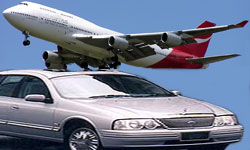 Before long Anthony & Kirsti had been financially advised by a “senior consultant” and were catching a Friday flight to the Gold Coast. The next day, after a couple of inspections, they decided to buy a newly developed and tenanted townhouse at a “Mews” in Coomera (on the Gold Coast, but kilometres from the beach). Funnily enough, the seller’s agent and seller’s solicitors had the same Gold Coast address.

As many trusting folk before and since have found to their financial misfortune, no overnight investment trip to the Deep North is complete without a visit to your salesperson’s pet solicitor.

About 3.00 p.m. on Saturday, knowing they had to leave by 4.15 p.m. for their 5.10 p.m. return flight to Melbourne, the McCurrys were taken to the Surfers Paradise offices of a recommended firm of lawyers (who unbeknownst to their new clients had been raided by Fair Trading anti-marketeering investigators three months earlier) for a “free and no obligation” appointment with a solicitor obviously happy to work on weekends. They left with a folder-full of documents including the lawyers’ 18 page “client agreement”, 72 pages of a “Mews” disclosure statement, the solicitor’s 4 page doubtful declaration of his independence of anyone involved in the sale but, for obvious reasons, only 3 pages of their purchase contract which was not yet signed by the seller.

Anthony McCurry later recalled: “There wasn’t a great deal of conversation, the solicitor pretty much put the papers in front of us and advised to sign or initial. We had no time to read. He advised we would receive a copy of everything and could read it on the way home. He explained the 21 day extension to (the) cooling off and that there would be no cost except maybe some expense for him. I did ask the agent showing us around about a valuation. She said she didn’t have it on her.”

Two weeks earlier this same law firm, with a former Law Society president already on board as a consultant, had taken on a “specialist consultant”. This solicitor’s offices had also been recently marketeer-raided by Fair Trading. Birds of a feather?

Back in Victoria the McCurrys phoned Gold Coast friends to excitedly tell them about becoming fellow Queensland property owners. The friends made a quick trip to Coomera (still a long way from the beach) and rang back to warn Anthony and Kirsti they were paying about $20,000.00 too much. (A local real estate agent later suggested a whopping $45,000.00 was closer to the mark). Anthony promptly contacted Queensland’s Office of Fair Trading where the Compliance and Enforcement Unit, put them on to my law office. The McCurrys’ instructions were simple: Get us out!

I immediately terminated the services of their lawyers, then deftly dealt with the seller’s solicitors to secure a cancellation of any contract which may have come into effect. No deposit needed to be refunded incidentally. Although Anthony had paid the agent $200.00 by Visa, he lost his card playing golf next day and quickly cancelled it. The $200.00 payment had not gone through, so Anthony was laughing.

The seller’s solicitors (successors to a law firm previously mentioned adversely and referred for investigation to the Law Society by Queensland’s Property Agents and Motor Dealers Tribunal) said their client was “most concerned and upset at the innuendo, suggestions and allegations” in my correspondence. Their client wanted to pursue the matter further because he viewed his properties as “fairly priced” and of “good value”.

Neither the buyers nor my office ever heard any more from anyone. Some day, one day, gangs of crooks like these involved in “fairly priced”, “good value” exercises in “wealth creation” may come unstuck. But until then, don’t hold your breath on the Australian Competition and Consumer Commission or any State regulator laying too many gloves on them.