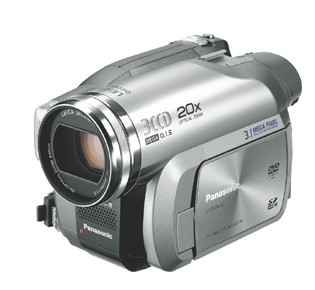 As a former member of the Victoria Police Force, I can recall the time when the audio taping and video taping of police interviews was introduced. Some thought it would stifle police interrogations, that police would be reluctant question suspects thoroughly, or that suspects would be reluctant to participate. But the benefits were soon realised. I would often tell a suspect, “See that tape recorder, just imagine that it’s a judge and jury and they’re listening to everything we talk about this morning.” A suspect who was initially full of bad language and bad attitude would suddenly realise that everything he said or did would be viewed by those whose role it was to assess his credibility, and he would see the advantages of being honest and courteous.

Serious criminal offences are regularly committed under the veil of the real estate auction – the most common being the criminal office of “Obtaining Financial Advantage By Deception”. This crime was ignored for years, and justified by real estate agents as an essential part of the auction process. Eventually, the state government realised that the offence under the Crimes Act (see Section 82 of the Crimes Act 1958) was simply being ignored by the REIV, real estate agents and the regulating authorities. In order to look as though positive action was being taken to stamp out this crime, the government introduced a lesser version of the offence, called it “Dummy Bidding”, and added it to the Sale of Land Act (see Section 39 of the Sale of Land Act 1962).

There were reports that dummy bidding slowed for a while, but anecdotal evidence (there are very few prosecutions) suggests that it is as prevalent as ever. Similarly, underquoting, dodgy price ranges and the refusal of estate agents to allow genuine negotiations on auction day put vendors and purchasers alike at a disadvantage. It seems that the one rule that all estate agents observe at auction is that a sale must take place, by fair means or foul.

Even “softer” forms of deception generally escape detection. For example, in a comment to a recent blog posting about dodgy auction result figures from the REIV, I was able to give a first-hand account of having seen former REIV President Richard Carter of Carter Real Estate Ringwood falsely report my neighbour’s house as having sold at auction, when in fact the property had been passed in.

I have explained how criminal suspects, when told by police that the video recorder ensures that a judge and jury are able to see and hear everything that goes on in the interview room, tend be on their best behaviour. The same would happen with real estate agents at auctions.

Estate agents would also tend to be a little more careful in the “advice” they offer to bidders. Telling bidders that the vendors will not accept any conditional bids, while the vendor has been hidden inside the property and doesn’t have the opportunity to make a decision on the matter, would no longer be an option for the auctioneer.

Richard Carter would have been profoundly embarrassed to have watch himself on video declaring my neighbour’s property as “passed in”, and then being asked to explain his reporting of the property as having been “sold” at auction.

Tim Fletcher, a well-known real estate auctioneer who has now decided to attack the auction system that has served him so well over the years, recently accused one of his own vendor clients of dummy bidding. The the vendor went through the hell of a 3 month Consumer Affairs investigation, including a tape-recorded interview, only to be fully exonerated at the end of the process. It was fortunate that the vendor was able to call upon crucial documents and witnesses, as otherwise he could well have had to defend himself in an expensive court hearing. But not everyone is fortunate enough to have the evidence they need to demonstrate that what took place at an auction was above board. The video recording of auctions would go a long way to solving this problem.

A video record of those attending the auction would eventually lead to the identity of dummy bidders, particularly members of the vendor’s own family. Alternatively, the video could exonerate a vendor who is falsely accused of “planting” a dummy bidder.

One way of defending an allegation of dummy bidding is for the real estate agent to suggest that a movement by someone in the crowd appeared to be a bid. A quick apology and a dismissive explanation will get most shonky auctioneers off the hook. On the other hand, a video record of the event may well give rise to questions as to the identify of the person nominated, and the movement which the auctioneer “mistook” for a bid.

How to video an auction

If you’re in a public place, and you are recording what happens in a public place, just do it. Put the footage on YouTube if you want to – having auction videos on YouTube would soon let consumers know how these shonky charades are conducted, and will provide plenty of good laughs. Will anyone object? Sure, auctioneers and real estate agents may falsely claim that you’re not allowed to record the proceedings, and dummy bidders hidden in the crowd may try to hide from the camera. However, if the auction has been advertised as a public auction, the auction is held in public, and you’re in a public place, there’s no problem.

Bidders can remain anonymous if they want to

Bidders at auctions fully expect to be seen and heard by everyone at the auction. They go “on stage” just by joining the auction assembly.

Bidders who want to be anonymous have options open to them; they will have a “stand in” bidding for them, or they will bid by telephone. (although one real estate agent who was supposedly taking telephone bids was exposed as a dummy bidder when his telephone actually rang while he was in the middle of a “conversation” with his telephone bidder – it’s a shame that wasn’t caught on video).

What to do if someone asks you to stop the video

If someone should ask you to stop the video recorder, just ask them to speak into the camera, to state who they are and why they’re at the auction, and to explain their reason for the request. You can then inform them on video that you are going to turn off the camera, but only because they have made the request. You can investigate later as to whether the request was legitimate or not. If the request was not legitimate, you have the video evidence of exactly what happened to this point, and why the video was turned off.

Real estate auctions have always been shonky – from the false inclusion of “auction conditions” in the contract, to the false declaration of “sold” by the auctioneer when the final bid is taken (the property is not sold until the contract has actually been signed).

The fact that video recording will provide a record of the auction process will go a long way in providing an incentive for real estate agents to finally abandon the criminal conduct that has long been a part of the real estate auction circus.