How to Pay Two Commissions in One Sale

There is an old joke about Lady Cul de Sac.  She did not want the title, but there was no way out. 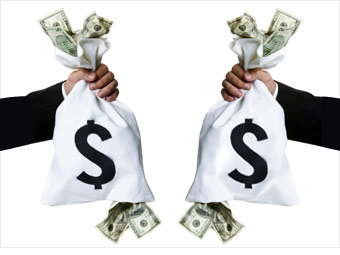 Julie James (not her real name) did not want to complete the contract she signed to sell her investment property after she received a significantly better offer from another party.   When her buyer sued for specific performance there was no way out.  Julie had to settle.

Then two estate agents claimed commissions on this sale.  Only one agent (let’s call him “Alex”) actually sold Julie’s two-story commercial building.  Trouble was, Julie had earlier engaged the other agent (let’s call him “Harold”) under an “exclusive” agreement.  This meant that Harold was legally (but hardly morally) entitled to commission on any sale during the term of his engagement – whether he made the sale or not.

Harold’s agency was on foot on 24th May when Alex and Julie, unbeknownst to Harold, met at the property.  Julie told Alex she was considering a purchase offer through Harold, but asked Alex if he could do better for her.  Alex quickly approached a developer before arranging a meeting between himself, the developer and Julie on 27th May.  A deal was soon done, with formal documents to be signed shortly.

Meanwhile Harold’s agency would continue until 26th June.  Because Julie mistakenly thought this ran out on 1st June, she signed a “sole agency” agreement on 2nd June with Alex then, immediately afterwards, a sale contract with the developer.  After the sale settled on 20th June, Julie had to pay Harold’s commission.  When she refused to pay Alex’s commission, he sued.

The main legal issue at the trial concerned one undisputed fact:  that Alex introduced the buyer to Julie and her property before she signed his appointment to sell.  The relevant State law provides essentially that you are not entitled to commission “for the performance of an activity” as a real estate agent unless you were appointed in writing when the activity was performed.  Preparing the contract and securing the buyer’s signature on it clearly were, in the judge’s words, “activities as an agent connected or concerned” with selling Julie’s property.

Nevertheless, the judge ruled that Alex’s critical commission-entitling activity was securing the sale of Julie’s property.  When that occurred, Alex had been formally appointed.  The fact that other activities were happening before Julie signed the appointment was not, in the judge’s view, sufficient reason to “deprive” Alex of his commission.  No matter either that Alex infringed a further law which prohibited a licensed agent’s performing those activities without being appointed.  Judgment was given for $76,120.00 commission due, and interest of $17,517.50 – a total of $93,637.50 (plus costs).

Julie’s subsequent appeal was dismissed.  Alex was legally (but hardly morally) entitled to commission, more interest and even more costs.

The judicial reasoning here beggars belief.  One judge on appeal found it “important to recognise” that the statutory prohibition against collecting commission without an appointment “for” the performance of an activity was not a prohibition “in respect of” or “in relation to” an activity.  Another judge remarked after analysing the appointment that “the engagement for which commission might be earned related to future conduct”, so that “pre-appointment” selling activities do not affect “the futurity of the activity which sources the entitlement to commission.”   Hence this gob-smacking unanimous conclusion:  “Once an authority to act is signed by the agent’s principal, it would not seem unreasonable that the agent be remunerated for the work done after signing.”  What work?  Signing up the seller, delivering the contract then waiting for settlement?  Scouting agents will love this hardball decision.

To my mind Julie’s lawyers should have argued that Alex breached the fiduciary (utmost good faith) duty he owed to Julie by failing to ascertain when Harold’s exclusive agency expired, and neglecting to warn of her likely liability for two commissions as a result of his own “selling activities”.   Did Harold fail also to
obtain the best possible sale price – in light of the higher offer Julie later received?

The warnings for anyone wishing to sell are clear.  Always get legal advice before appointing an agent.  And particularly ask your solicitor about any liability to your first agent before dealing with a second agent.
(Real names are not used in this true story which first ran in Australian Property Investor magazine)