The email came after an article of mine. Before throwing mud at others, suggested the writer, I should clean up my own (legal) profession. 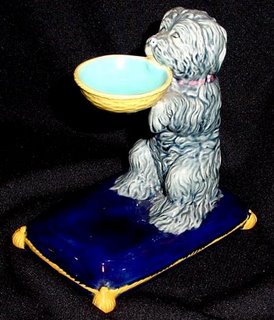 There would always be crooks, I was reminded. New laws, where “some idiot public servant wants to drown everyone in red tape,” would not stop crooks – just make it harder for honest folk to earn a crust, the email continued.

Let me now reveal how the criminal justice laws did in a comparatively rare instance catch, convict, and stop a whole rat-pack of real estate crooks – and their solicitor accomplice.

Overseeing a blatantly criminal enterprise with a little help from his local lawyer was Daryl Ebert, a Vietnam vet and licensed real estate agent. Eventually he was found guilty by a District Court jury of 18 false pretences charges and 17 counts of fraudulently forging documents. Ebert showed no remorse for profiting from a web of deceit and lies described by the Judge as “virtually recruiting indigent people into the criminal scam … to make false representations to bank officers.” Ebert went away for 6 years, his second jailing for dishonesty.

Two of his salesmen, Gordon Cole and Colin Heke, and his brother Wayne Ebert from Ebert’s building company, pleaded guilty to similar offences. They each scored 5 years in jail.

The solicitor was Gregory Casey. He was found guilty of 14 false pretences charges, and copped a two and a half year jail term. He has since been released and, with the Law Society’s reluctant approval, found a job as a clerk with a mate’s law firm.

Ebert was captain of a corrupting ship. His criminal crew flogged house and land packages on $500 deposits to gullible folk not normally considered good risks for bank loans. “Qualified” customers were referred to Ebert’s solicitor, Casey, for their conveyancing. Casey sometimes acted for the sellers on the same deals, an imprudent practice which the Law Society nevertheless still has not prohibited.

The crooked scheme involved signed sales contracts with false prices, bogus deposit receipts, forged bank statements and fake work references. The buyers were then more attractive to the Commonwealth Bank which somehow valued the properties at the “jacked” contract prices. The fraudulent intent was not for the bank to lose money, but for it to grant home loans as a result of the false pretences worked on it.

The Prosecutor told the jury Ebert and his fellow fraudsters needed not only “worded-up” customers but also “a tame solicitor.” The Queen’s Counsel defending Casey admitted his client made “a contribution to what occurred” , but claimed (incredibly) that Casey owed the bank no obligation, and that his role was not “an essential ingredient” because the contracts “could have been farmed out to other solicitors”. Casey was duly struck-off by the Law Society after more than 30 years in practice, but ait pparently made no inquiries about those “other solicitors”?

While Ebert illegally grossed hundreds of thousands of dollars, Casey collected only a few hundred bucks in legal fees on each of a dozen or so tainted deals.

There was no evidence Casey took part in the production or use of the forgeries, nor in the soliciting of compliant customers. His one-man office employed faithful staff while he was heavily committed to voluntary work for churches, schools, legal aid and his district law association. The real seriousness of his conduct, said the Judge, lay in the betrayal of his position as a solicitor.

The warnings are obvious for all in real estate – and for every solicitor (or conveyancer) corruptly tempted by “an important source of work to his practice” – to use the words of Casey’s barrister who cutely suggested to the Judge his client’s main failing was that he “couldn’t say no to an important client.”

Property buyers should always be wary of sellers’ agents keen to help with your finance and conveyancing. Sellers on the other hand should ensure that your agents focus on selling your property rather than organising buyers’ financial and conveyancing services. Remember, even in the straightest deals, there are always bonus benefits for agents’ friendly referrals.