A Tale Of Two Cities

Fantasy and reality in Melbourne.

This is a tale of two cities, both called Melbourne. 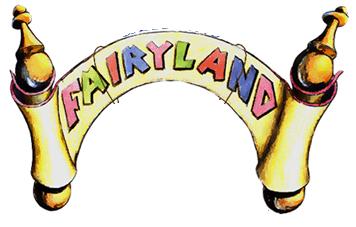 In the Melbourne of the REIV, real estate is booming. For the past 11 weeks, auction clearances rates have topped 70 percent every weekend. This is a lie.

REIV spokesman and dedicated defender of dodgy agents, Enzo Raimondo, reports that in his Melbourne the market is buoyant, unfazed by the interest rate rise and unaffected by the recent State Budget.

In the Melbourne everyone else inhabits, the market is spluttering along. For the past six months, clearance rates have been averaging 55 to 60 percent. This is the truth.

How can the two Melbournes be so different?

Because one is fantasy and one is reality.

In fantasy Melbourne, the REIV creates the fairy tale of a buoyant market by fudging auction figures. For years, Raimondo and the REIV have misled the Victorian public by deliberately distorting auction clearance rates.

On Saturday (June 3), using the fantasy method, the REIV concocted an auction clearance rate of 72 percent. In reality, the true clearance rate (based on the institute’s own figures!) was 61 per cent.

This confirms the trend reported week-by-week by the most authoritative and trusted independent source of real estate data, Australian Property Monitors (APM).

APM reports that in the past eight weeks, the best weekend clearance rate has been 63 percent, but usually Melbourne auctions have been in 53 to 58 percent territory.

The problem is that many newspapers routinely accept the REIV’s distorted figures and then write about fantasy Melbourne.

And this, of course, leads many homesellers to make the mistake of auctioning their homes.

By the time the sellers discover they have been duped, it’s too late – they have signed up for auction, paid thousands of dollars for advertising and either failed to sell their homes or have been forced to accept a lower price.

Sadly, this is often the reality of real estate in Melbourne today. It’s a long way from the fantasy world of the Real Estate Institute.