Solicitor Anthony Butler, 37, has been found guilty of unsatisfactory professional conduct by Queensland’s Legal Practice Committee, fined $1,500 and ordered to pay costs of $2,000. Mr Butler, at present a consultant with Surfers Paradise solicitors Freestone & Kummick, was charged by the Legal Services Commission after contravening Section 368B of the Property Agents and Motor Dealers Act 2000. While a partner in the now defunct Cavill Avenue firm of Butler & Clements, Mr Butler failed to provide Certificates of Independence to clients in 178 conveyancing matters between January 2003 and January 2004. 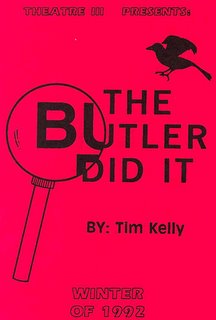 Conveyancing solicitors are required by Section 365B to certify whether or not they are independent and to disclose to buyer clients business, family or other relationships they may have with anyone involved in the particular sale. This Section was included in amendments brought in by the Beattie Government in 2001 to try to stamp out Queensland’s then notorious two-tier marketeering scams. Despite these laws, overpriced property racketeering continues unabated – particularly on the Gold Coast – with panels of less-than-independent solicitors happily accepting referrals of novice investor clients.

The action against Mr Butler resulted from complaints made to the Queensland Law Society and to the Office of Fair Trading in October 2003 by Victorians, Rod Dinan and Gabby Tadesco. These out-of-towners were referred to Butler & Clements for their purchase of an off-the-plan townhouse marketed as a NoLimit lifestyle investment. When the couple suspected a scam, they contacted consumer advocate Neil Jenman who recommended they urgently obtain independent legal advice. Their contract was soon successfully cancelled.

Although the agent disclosed a business relationship with Butler & Clements to these buyers, and no doubt did the same in the other 177 referrals, the Legal Practice Committee and the Legal Services Commission accepted “there was no business relationship … in relation to the contracts.” The Committee in fact ordered particulars of the charge against Anthony Butler to be amended by deleting that he “failed to disclose to purchaser clients a relationship with the selling agent.”

Both the Committee and the Commission seem unaware that the Law Society has long warned solicitors that “a consistent referral source” of new clients might not only constitute a disclosable relationship under Section 365B, but also prevent solicitors certifying “genuine independence”.

While the Law Society and the Legal Service Commission took almost two years to complete their investigations and lay this single misconduct charge, Fair Trading within three months (in January 2004) secured an Enforceable Undertaking from Butler & Clements agreeing Section 365B had been contravened and promising to comply in future.

Meanwhile Anthony Butler’s former partner Lisa Clements, now practising as Clements Lawyers, was investigated by the Legal Services Commission and Fair Trading in 2005 following a similar complaint. The complainants, Robert and Cecilia Headrick of Werrington NSW, were referred to Clements Lawyers by NoLimit Realty for the conveyancing of an off-the-plan apartment. Like Dinan and Tadesco this couple also later felt nervous and again approached Neil Jenman, independent advice was sought and they were soon out of their contract. Although the agent declared a business relationship with Ms Clements, she certified to the Headricks clients that she had no business or other relationship with this agent.

The Legal Services Commission determined it was not in the public interest to take disciplinary action over this, but would call for a future report to ensure Ms Clements complied with her legal obligations. Fair Trading also took no action. Neil Jenman has commented: “We may expect real estate agents to be deceptive, but lawyers are supposed to protect us from them. When lawyers collaborate with crooks the very essence of what we expect of lawyers is betrayed. The lawyers’ sin of betrayal is far worse than any crooked agents’.”

Veteran Gold Coast solicitor John Macdonald said yesterday he was extremely disappointed with the decision of the Legal Practice Committee. “Less than 10 bucks per offence is cheaper than a parking meter fine,” he said. “Such a miserable penalty imposed on a serial offender should be appealed, otherwise why would any solicitors bother doing the right thing?”