An EzineArticle by Steve Houlihan.

A newly-released report on the property market along the coastal areas of Australia shows that, despite a relatively subdued market nationally, the coastal strip is surging ahead. 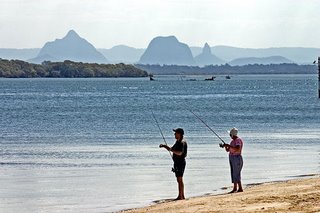 The report was prepared for the Australian National Sea Change Taskforce, whose role is to provide national leadership in addressing the impact of the ‘sea change’ phenomenon and to provide support and guidance to coastal councils attempting to manage the impact of rapid growth.

The keys to this “sea change” are the baby-boomers – cashed up, footloose, and looking forward to a long retirement in desirable coastal locales. While older boomers are already retiring to the seaside, many of the younger ones are getting in early, buying their “little piece of paradise” now to ensure they aren’t priced out of the market when they retire over the next decade or so.

The rush to the sea is causing some problems, though. In the short term, the high demand for coastal real estate is pricing many younger families out of the market. The surge in population in what in many cases were small, sleepy seaside villages is placing enormous stress on infrastructure – roads, water supplies and electricity. Over the longer term, there will be a substantial increase in demand for medical services, and community facilities that can cope with the different needs of an ageing local population.

Central to the study was an examination of best practices in a number of countries, including Australia, New Zealand, the United States, Canada, the UK and the European Union. Drawing on the experience to date of other countries, the Australian Taskforce is putting together a model for managing this sea change phenomenon, which in turn will be useful to the countries studied in the research.

One of the key recipients of sea changers is the Gold Coast, in Australia’s tropical Queensland. The city has already been experiencing rapid growth due to its property prices, an economic growth rate outstripping most of the country, and a general population drift towards the more attractive tropical climate. But a significant additional spur has been the constant influx of baby boomers. “Sea change on steroids” was how National Sea Change Taskforce chief Alan Stokes described it.

The traditional driver of migration has been the economy – movement of workers relocating to areas with better employment prospects. But the sea change phenomenon has turned this on its head. Now the key driver is lifestyle.

And this change is one of the main reasons city planners are scratching their heads, as traditional models of development which have focussed on catering to the economic driver are no longer appropriate. The boomers want medical centres, not technical colleges; roads that cater to golf buggies, not large trucks.

City planners need to adapt – and quickly – because the sea change juggernaut is already rolling. Otherwise the boomers will take themselves, and their very healthy bank balances, elsewhere.

Steve Houlihan is author of the book “The 10 Deadly Sins of Renovating for Profit”. His websitewww.flippinghousetips.com is a one-stop resource for those who want to make money through home improvements.