For many years, the Real Estate Institute of Victoria (REIV) has misled and deceived real estate consumers. Whether it be trying to justify (or deny) dodgy practices such as false price quoting or whether it’s brushing-aside common claims of widespread dishonesty, as far as real estate bodies go, they don’t come much dodgier than Victoria’s Real Estate Institute (REIV). 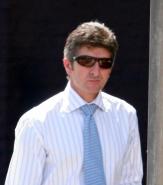 The institute is headed-up by Enzo Raimondo (who once told the Victorian public that he did not know what was meant by dummy bidding). It’s Raimondo’s job to spread the myth that agents who belong to the institute are all honest and committed to a rigid code of ethics. [It’s hard not to laugh when writing such a statement].

The Real Estate Institute’s main role is to protect agents. The institute cares about agents. It does not care about consumers.

The Institute regularly and deliberately feeds false information to the public.

There are few better (or worse, depending on how you look at it) examples of the Institute’s chronic crookedness than the weekly auction results.

Each week, the Institute supplies the media with the weekend’s auction results. These results are usually measured by way of a percentage “clearance rate”. It simply shows what percentage of properties that were auctioned were actually sold at auction.

For example, if there are 100 auctions being held on one weekend and there are 55 sales, then the clearance rate is reported as 55 per cent.

Unfortunately for the public, the real estate institutes (especially the REIV), tell lies about the sales being made. The institutes use a variety of deceptive and dodgy tricks to fool the public into thinking that the auction system is successful.

Here are the most common tricks used by real estate institutes.

1. Ignore failed sales. When properties are passed-in at auction (meaning they are not sold), these properties will often not be included in the statistics. By leaving out the ‘failed’ sales, the official ‘sold’ sales percentage appears higher.

2. Include after-auction sales. When properties are passed-in at auction, they are often sold at a later time. But, no matter when those sales take place, they are often reported as ‘auction sales’. Of course, the only sales that can truthfully be quoted as a ‘sale at auction’ are those sales that actually occur at the auction – that’s when the auctioneer says ‘Sold’. But truthfulness is seldom part of the auction reporting system.

4. False highest-bid prices. Often, when a property is passed-in, the price at which it was passed-in is also reported. For example, the result in the newspaper may say, “77 Smith Street – P/I at $600,000”.

But, often, the passed-in price was a vendor (dummy) bid. The true highest price may have been $500,000. But the property is reported as passed-in at a higher figure which deceives the buyers into believing the property is worth the amount of the highest bid.

5. Satisfaction ignored. The real estate industry measures “success” as a “sale”. That’s basically the sole yardstick. Never mind that the poor sellers may have been “crunched” and bullied by the high pressure auction process into accepting an amount far below what they were first quoted by the agent; if the property is sold, that’s considered a success. If the auction system was measured by client happiness, it’s percentage level would be lucky to make double figures (10%).

6. Undersold. One thing that the auction results never tell you – and that’s the price that the successful bidder was truly willing to pay.

Agents know (or should know; in fairness, many aren’t too bright) that the highest bidders at auctions seldom bid to their highest prices.

The auction system is riddled with deceit and false information. Normally, by the time the sellers discover the horrible truth about auctions, it’s too late. They have been duped.

And the duping starts, of course, with the fudged figures reported in the newspapers.

For example, last weekend, according to the on-line news site, crikey.com.au, “Of the 332 Melbourne properties listed for auction on Saturday 6 December, 144 were sold – a clearance rate of less than 44%. A stark contrast to the reported clearance rate of 55%”.

Why do the real estate institutes (and the REIV in particular) tell lies about the auction clearance rates? Surely, it would be in their best interests to let would-be sellers know the true state of the current property selling market (which is poor)?

Well, no, the real reason that the REIV fudges the auction results figures is not so that they can sell properties for higher prices, it’s so that they can convince more sellers that the best way to sell a property is by auction. High success rates are very convincing.

But, as all agents know – and especially the real estate institutes – auctions are often the best way for agents to make sales.

Auctions usually mean that the sellers are signed-up to the agent for several weeks (often months) and that, once they sign that bit of paper, the sellers can’t get out. They are stuck with that agent.

Auctions also mean that the sellers can be fooled into handing over huge sums of money (often many thousands of dollars) to advertise the real estate agency. Yes, you read it right, the agents use the sellers’ advertising money to promote the agents rather than to promote the properties.

And, finally, the entire nature of an auction is what’s described within the industry as the best “conditioning” and “crunching” tool.

Sign the sellers up to auction – and subject them to a six-week campaign of mental torture – and most sellers will crack. They’ll sell for whatever price they can get – just to get away from the horror of the auction system.

The best way to avoid the horrors of auction is to avoid auctions altogether. Don’t let you and your property become a dodgy auction statistic.