Peter Francis is a high-flying legal-eagle with the high-powered law firm Maddocks Lawyers of Melbourne. Peter Francis wrote a letter to a vendor of real estate on behalf of a very well known real Melbourne estate agent, accusing the vendor of “dummy bidding”. It is highly unusual for a lawyer to make a direct allegation of such a serious nature, and so I decided to investigate the matter. 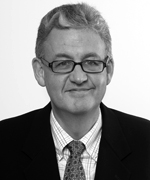 Why did Francis write to the vendor?

Here is the letter written by Peter Francis of Maddocks Lawyers to the vendor. Details of the vendor and the estate agent have been blanked out because at this stage I want to focus on the letter, rather than the parties involved.

What is of particular interest is the following:

“…our client subsequently discovered that the person to whom the property was knocked down was a ‘dummy bidder’ and that he made the bid on your behalf within the meaning of section 38 of the Sale of Land Act 1962.

Of course, our client did not know and had no way of knowing that any of the bids which it accepted from the ‘dummy bidder’ were made on your behalf and were not genuine.”

Now, as a lawyer, Mr. Francis would have been acutely aware that an allegation of dummy bidding is a very serious matter. Not only is it an offence under the Sale of Land Act 1962, it is also an indictable offence under Section 82 of the Crimes Act 1958, known as “Obtaining Financial Advantage By Deception”, and one does not make such a serious allegation lightly, and certainly not without first investigating the facts to establish that a prima facie case exists.

Another way to put it is to say that although the allegation came from his estate agent client, I am sure that Mr. Francis would not have simply taken the estate agent’s word for it that the vendor had committed a crime. Mr. Francis would have asked his client about the facts and circumstances of the matter, determined that the evidence supported the allegation of criminality, and then advised his client that, on the face of it, there was sufficient evidence to establish that a crime had been committed.

So sure was Mr. Francis that the allegation could be supported, that he terminated the sale authority between the estate agent and the vendor with the words,

“Having regard to these matters, we give you notice that our client hereby terminates the Authority.”

Mr. Francis even did a bit of finger-wagging, telling the vendor:

“Our client views this matter most seriously. It jealously guards it reputation as a reputable law-abiding organisation which provides its services with a high degree of skill and professionalism and in accordance with all applicable legal requirements.“

As I understand it, Mr. Francis is not an investigating authority, nor does he or his client have any special role in the investigation of alleged criminal offences. So why would Mr. Francis even bother to write to a real estate vendor and allege that he had been involved in dummy bidding?

Even if Mr. Francis’ estate agent client did want to claim costs and expenses from the vendor after an aborted auction, wouldn’t an invoice and a simple covering letter from the real estate agent have sufficed?

I had to delve a little deeper.

The following questions have been put to Mr. Francis: