You don’t know me, although I’ve been a big fan of Paul’s since his television comedy days and I’ve long liked Linda’s movie work. Anyhow, I wanted to bring to your attention some interesting legal issues relating to the sale a few years back of your multi-million dollar Sydney Harbour property. 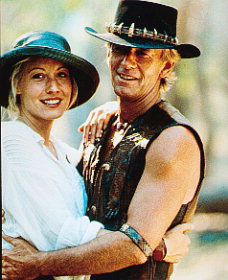 You will recall that you sold through a Sydney real estate agent to an investor for $11 million. Your buyer was a well-heeled former corporate and commercial lawyer from Adelaide. He was no dill and, after becoming interested in purchasing your property, engaged a valuer for obvious reasons and his own buyer’s agent to assist with negotiations.

While your buyer apparently paid his agent over $100,000 for his services, you would have handed over a heap more to your agent for what he did. This was essentially to sell your property by making a number of false and misleading representations to your buyer about your property in contravention of the New South Wales Fair Trading Act and the Commonwealth Trade Practices Act.

Did you know that, after settlement, the buyer sued your agent for damages? And that the subsequent court case was decided in the buyer’s favour only last year? Did you know also that, when the “discrepancies” – as the judge called them – were discovered prior to settlement, the buyer’s solicitors wrote to your agent inviting him to make an appropriate compensation offer? Well, they did, but you will be pleased to know that the invitation to treat was not for your consideration. The agent was the target. He hired solicitors who wrote back, telling the buyer to go jump.

Needless to say a lot of stuff later came out in court.

First off, I must remark that it would be well worth your while even now getting legal advice on the merits of now suing your agent yourselves to recover the mega-commission he pocketed from this deceptive deal.

Consider this timeline of some fascinating facts drawn from the courts judgment:

14 October 2003: You meet the agent at your home to discuss a potential sale.

21 October 2004: The agent writes to you suggesting you could get in excess of $11 million, based on “historical waterfront sales” without allowing for ongoing capital growth, and recommending a sale through “expressions of interest” which method could “invariably (and discreetly) produce the best result”.

25 October 2003: Your buyer, after searching for harbourside properties on the internet, phones the agent about an advertised property, learns that it’s off the market but is told by the agent: “I do have a waterfront property in Vaucluse that I think you would like. The owners are looking for a quite sale and I think they will be sensible about their expectations as to price. I would be happy to give you a private viewing.”

30 October 2003: The agent emails the buyer to confirm an appointment to inspect your property which is described as “a waterfront property on a large block of 1366m2 and has therefore direct access to Parsley Bay and the harbour.” The email concludes “As I explained this is an off-market arrangement and therefore I would be grateful if this matter could be highly confidential.”

31 October 2003: The agent writes to your financial advisors enclosing a standard Sole Agency Agreement and says that he is “looking forward to achieving a great result for the Hogans.”

1 November 2003: The buyer and his wife attend the property with the agent for a 40 minute inspection during which the agent says again: “The home is on 1366 square metres of deep waterfront land.” When the agent takes the buyer down to the waterfront, the agent says (according to the buyer): “You will have direct access to Parsley Bay and the harbour. The property extends to the water. … You have a deep-water frontage.” Again, according to the buyer, the agent also says: “You might be able to apply for a jetty from here. … Obviously there is no guarantee, but I think if you do it the right way you would have a good chance of getting one.” The buyer is very impressed with your property and enquires about the “asking price”. Your agent replies that it is something in the order of $12 million, but that the buyer would be getting “1366 m2 of Sydney waterfront property” and that “Eastern suburbs waterfronts are a very good investment.”

3 November 2003: Your agent telephones the buyer and mentions, among other things, that the buyer can make an application to put in a jetty. When asked about a sale contract, your agent informs him that the contract is being prepared and that he thinks there is flexibility regarding to the time for settlement.

4 November 2003: Your agent emails your buyer advising that the listed price of your property is $12 million but that he has been asked to submit all offers to you. The email includes an attachment giving information about the property which includes the representation that it “benefits from deep-water frontage.”

5 November 2003: On this day you sign the agency agreement and your agent forwards a copy of the draft contract to the buyer.

14 November 2003: An independent valuer provides initial advice to your buyer that your property’s “value ranges definitely in the $11-$12 million range with … market range for say a bank within $11.5 to $11.9 million.”

15 November 2003: After a further inspection of the property your buyer makes an offer of $10 million. You counter-offer with $11,250 million. These negotiations apparently take place between your agent and the buyer’s agent who tells his client you will not take $10 million and you won’t move from your counter-offer. The buyer says he will “let it ride for a while”.

24 November 2003: Your agent writes to the buyer expressing his disappointment that no deal has been done, saying that he genuinely felt “It was only a matter of agreeing on a price.” Your agent asks the buyer to let him know if he has a change of heart because “we have now been instructed to put the house on the market and we are starting to run some more people through this week.”

25 November 2003: The buyer responds to the email by saying: “If you can get around $11 million for the property that’s great, but with the potential uncertainty in the market and the fact that we might not be long-term owners of the property, we resolved that we had made our best offer.”

27 November 2003: Your agent telephones the buyer expressing his disappointment that your buyer has not moved from $10 million, suggests the buyer should have a “good think” about it and your agent thinks he can get you down to $11 million. He says, “You’d be getting a $13 million property for $11 million.”

3 December 2003: Your buyer reads an advertisement placed in a local newspaper by your agent confirming among other things that the property is situated on “1366 m2 of waterfront land”. And “benefits from deep-water frontage.” The advertisement concludes that your home is a “meticulously appointed waterfront residence.”

15 January 2004: Your buyer returns to Australia from an overseas holiday and within a week is telephoned by your agent who confirms that your property is still on the market and, accordingly to the buyer, says: “I think you should really bite the bullet and offer $11 million. It is an excellent investment and I think in 5 years time it will have appreciated well and be worth perhaps $18 million to $20 million. Waterfronts are as rare as hens’ teeth and they hold their value even when the market slumps. You would be getting 1366 m2 of Sydney waterfront property.” After this telephone conversation the buyer increases his offer to $10.5 million. You apparently reject this and sit on your $11.25 million counteroffer. The buyer’s agent goes to $10.7 million but this is also rejected. The buyer asks his agent to try $10.8 million which is also rejected but on this occasion you apparently counter with $11 million. The buyer tells his agent that he will accept the $11 million counteroffer if he can negotiate an extended settlement period to end of May or early June. When the buyer’s agent rings the buyer back he says that you are prepared to extend settlement to 1st June 2004 whereupon the buyer tells him that he will go ahead on that basis.

5 May 2004: Your buyer’s solicitors write to the agent pointing all this out and mentioning that the agent had apologised for providing incorrect information and claimed the misrepresentations were made innocently. This letter further points out that the buyer will not be receiving the property he thought he was purchasing and there would be a significant difference in value. Accordingly a compensation offer is sought from your agent.

20 October 2004: The buyer commences proceedings in the New South Wales Supreme Court against your agent.

The legal advice I recommend you obtain should address your agent’s commission the entitlement for this sale despite having introduced the buyer to the property and made false representations to him even before you had appointed him as your agent. As well, in light of all the above facts, you might consider whether your agent acted in good faith towards you, his clients. Such conduct may also affect his entitlement to commission.

Be aware that your buyer sought more damages from your agent that were ordered, but that the judge had to look at some difficult questions. When should be the time for assessment of loss or damage? Whether this should be based on the difference between the value of the property as purchased and the value it would have had if the representations had been true? On the other hand, your agent has now had to cough up one hundred grand in damages and, most likely, a lot more than that for both parties’ legal costs. He may not want a further legal fight with you.

Kind regards, and love your work,

/2007/04/28/were-hoges-linda-dudded-by-a-dodgy-agent/[/AREB Comments]
Categorised in: News
« Hey Jude, You Were A True Battler For The Battlers
Use a Trust to Secretly Buy Your Neighbour’s House! »