The new Contract of Sale of Real Estate prescribed by the Estate Agents (Contracts) Regulations 2008 was supposed to end the dodgy practice of estate agents withholding terms and conditions from purchasers, but it hasn’t. The document designed by the Real Estate Institute of Victoria (REIV) allows estate agents to trick purchasers into believing that they have received “the contract” when in fact they have not. The new standard Contract of Sale of Real Estate is not yet a week old, and already the good intentions of the new contract have been undermined by a dodgy estate agent. 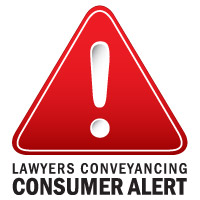 The Contract Note was supposed to have been banned, replaced by a new full contract which clearly states all of the general conditions of the sale. However, the Real Estate Institute of Victoria (REIV), through some clever redesigning and the use of large fonts, has effectively replaced it with something even more sinister. The new Contract of Sale of Real Estate, prescribed by the Estate Agents (Contracts) Regulations 2008 for use by estate agents, has two parts. Form 1 contains the “Particulars of Sale”, and includes all of the variable information which is added by hand to the contract, such as names and addresses, property details and so-on. Form 2 contains the prescribed “General Conditions” of the contract. Together, the two forms constitute the new full Contract of Sale of Real Estate. Everything would fine had it not been for the design adopted by the REIV, which allows an estate agent to present just the Form 1 to the purchaser as “the contract”. By printing the words “Contract of Sale of Real Estate” across the top of Form 1, and placing the REIV logo adjacent to it, the REIV has created something of a Contract Note look-alike document which can be used in the absence of the essential Form 2. To see the REIV version of the Form 1 CLICK HERE. To see the REIV version of the Form 2 CLICK HERE. But to make matters worse, much worse, the mandatory “Cooling Off” warning” is eliminated from the Form 1 entirely. Thus, it is possible for the an estate agent to have a purchaser “signed up”, without the purchaser ever seeing either the “Cooling Off” warning or the General Conditions which determine the conduct of the transaction. The dodgy estate agents who in the past have relied so heavily on the Contract Note to perpretrate their deceptions, must feel that they have struck the mother lode!

According to a letter sent to estate agents by Consumer Affairs Victoria (CAV):

“The new contract has been prescribed as two forms…This will enable the contract to be split, so that the general conditions can be published separately. This should assist estate agents who are accustomed to using a contract note or a shorter form standard contract.”

How does this “assist estate agents who are accustomed to using a contract note“? By allowing them to trick purchasers of course – how else could estate agents be assisted by having a single document split into two? And it’s interesting to see that CAV is keen to assist estate agents, because it certainly doesn’t assist consumers when the document they are signing is split into two documents, with the inherent risk that one could become “accidentally” misplaced by the estate agent at signing time. Sure, CAV do confirm that “the estate agent must provide the parties with copies of both Forms at the time of signing the contract“, but this motherhood statement is as far as the matter is taken. Silly CAV also points out to estate agents “…it is an offence for a person to engage in legal practice unless they are a legal practitioner or licensed conveyancer.” But nothing is said about estate agents committing a criminal offence by inserting special condions into the contract, supposedly on behalf of a purchaser. CAV’s contribution to the introduction and implementation of the new Contract of Sale of Real Estate is benign to say the least. To see the full letter circulated by Consumer Affairs Victoria CLICK HERE

Which Form 1 Document Is Which?

To add to the purchaser’s confusion, the REIV version of the Contract of Sale of Real Estate Form 2 is actually labelled Form 1. That’s right; on the front of the Form 2 document the words, “Form 1 – Particulars of Sale” appear in size 12 font beneath the words “Contract of Sale of Real Estate”. It’s only when you turn the page and read the title at the top of page 2 that you see the words Form 2 in smaller size 10 font – the only place on the entire document that the words “Form 2” appear!

Who Can Add Special Conditions?

In a pathetic attempt to make these instructions appear legitimate, the REIV has carefully chosen the words, “When filling up this Contract by…“. These are the words used in Section 53A of the Estate Agents Act 1980 which limit the role of the estate agent when it comes to dealing with contracts. Section 53A states that an estate agent does not commit a criminal offence against the Legal Profession Act 2004, if the estate agent does no more than to “fill up a standard form of contract.” By carefully choosing the words “filling up this contract” the REIV pretends that adding special conditions to a contract is just a simple extension of the the exemption granted to estate agents who merely fill in the blanks of the standard document. As all lawyers and conveyancers know, it is a huge leap to go from filling in blanks with names, addresses etc. to drafting, advising on, and inserting special conditions into a contract. I believe that the REIV, by encouraging its members to draft and insert special conditions into the contract (supposedly on behalf of the purchaser), by inserting into the contract document instructions on how to go about it, is not only promoting criminal conduct, but doing so in a manner that makes some of its members unwitting participants in a criminal act. The REIV has also been very cunning by including instruction (b). By having both parties initial the special conditions inserted into the contract, the estate agent is able to argue that the parties were well aware of the insertions, and that they wanted them. Estate agents who switched contracts for contract notes would use the same argument: “The vendor obviously agreed to the switching of the contract, after all, he signed it didn’t he.” Could it be argued that the REIV has included these instructions to guide the purchaser? No, the purchaser would not know how to draft special conditions, and certainly would not voluntarily seek out the estate agent’s favourite “major structural defects” building condition we have all come to know and despise. Could it be aimed at the parties’ lawyers or conveyancers? No; as if lawyers or conveyancers need instructions from the REIV on how to deal with special conditions. It seems to me that the REIV has been very careful not to label the instructions, allowing lay-persons to assume that they are directed at the parties, while at the same time giving estate agents gentle encouragement and guidance in the flagrant breaching of the Legal Profession Act 2004.

There had been hope that the new Contract of Sale of Real Estate would eliminate the deceit and treachery real estate consumers and industry professionals have endured for decades. Through devious drafting and calculated confusion the REIV has succeeded replacing the dreaded Contract Note with something even more dangerous for consumers. In less than a week after its introduction I have already experienced a dodgy deal at the hands of an estate agent using the new Contract of Sale of Real Estate. I don’t know if I’m the first, but I am quite sure I won’t be the last.