Conveyancing solicitors across Queensland have been anxiously scurrying to their filing cabinets to check settled and unsettled off-the-plan unit contracts following a surprise court decision. Serious repercussions could flow far and wide from this decision – not only for the state’s legal profession, but also for the local property development industry and the government. 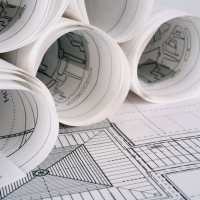 The buyer’s solicitors relied on a technicality to cancel their client’s $995,000.00 purchase contract.  The developer not unexpectedly rejected the cancellation, then affirmed the contract and ultimately forfeited the buyer’s deposit.  The critical question in the ensuing court case was whether or not all off-the-plan contracts had to comply strictly with Section 212 of Queensland’s Body Corporate and Community Management Act 1997.

This Section requires such contracts to provide for settlement to be no sooner than 14 days after notice of the establishment of a development’s Community Management Scheme, otherwise buyers can cancel.

Although the developer’s legal team argued that this contract – read as a whole – substantially complied with the Section, the Court found that strict compliance was necessary.  Therefore the contract had been validly cancelled.

After describing Section 212 as “essentially a consumer protection provision,” Justice Mackenzie observed:  “It would be imprudent for a seller to fail to ensure that the contract complies with any prescriptive requirements.”  It was well-established, he added, that a statutory protection may extend to giving a purchaser a right to terminate “even for quite technical reasons” regardless of whether the purchaser had suffered any “material disadvantage”.

Queensland University of Technology Property Law Professor Sharon Christensen said she had seen other developers’ off-the-plan contracts which did not follow the precise formula prescribed in Section 212.  “I certainly think that there are a number of contracts that are going to be affected by this decision,” she said.

In fact thousands of similar unsettled contracts, similarly not strictly complying with Section 212, could be at risk of cancellation by buyers unnerved by falling property values.  Yet-to-be-completed units and townhouses may, on completion, prove to be worth less than prices negotiated years earlier.  Meanwhile, buyers who previously settled such contracts may first ask why their solicitors missed this loophole, then seek advice elsewhere on suing for negligence.  Ditto for developers who stand to lose vital sales on the basis of this decision.

Interestingly, the buyer in Bossichix v Martinek did not want to crash their two-year old deal because of any market slump.  The cancellation and resultant litigation were precipitated by a not uncommon change of circumstances: this 5th floor penthouse in Mackay, North Queensland, would lose its million-dollar views because another building was going up next door.

The developer has now appealed, so this decision may yet be reversed.

A member of the Queensland Law Society’s Property and Development Law Committee speculated that before then, the State Government may be lobbied to change the law retrospectively so unsettled off-the-plan contracts need not comply strictly with Section 212.  “Substantial compliance should be sufficient,” he said.

A precedent in this regard was set four years ago in Victoria when legislation was backdated to close a loophole which could have allowed off-the-plan unit buyers there to escape their contracts.  Such a reprieve for developers (and their lawyers) would ensure in Queensland, as it did in Victoria, not only continued viability of the property investment market but also the government’s ongoing stamp duty revenue.

Even if the decision in Bossichix v Martinek Holdings should be upheld on appeal, and the Body Corporate and Community Management Act 1997 amended as suggested, buyers’ conveyancing solicitors who have already settled non-compliant contracts should not rest easy.  The government may not view the retrospective protection of legal practitioners as favourably as that of property developers.

/2009/02/11/off-the-plan-unit-contracts-at-risk/[/AREB Comments]
Categorised in: News
« Estate Agents As “Legal Advisers”?
Official Disinterest in a Real Estate Forgery of ‘Convenience Only’ »