A while ago Australian Property Investor magazine reported on the fraudulent and illegal practices of “jacked” real estate contracts and secret “rebates” on sale prices. The ABC’s Four Corners programme has also exposed the same scams. 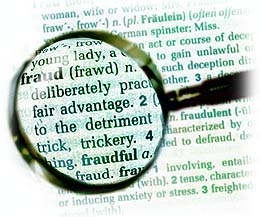 Kelly’s charges concerned falsely inflating the contract prices of homes to dishonestly induce the bank into making millions of dollars in loans through mortgage originators Access Home Loans and Queensland State Home Loans. Ms Moretto at the same time was additionally charged with preparing a series of loan applications for phantom (non existent) clients and a few real ones. These applications went through the same mortgage originators who then submitted them to Origin Mortgage Management, a business operated by the ANZ. She and two other men, all of whom had bailed refused, were the subject of a combined 84 charges. The agent, the broker and the others were committed to trial in the District Court.

Eventually the whole gang entered guilty pleas and, with the exception of Kelly, received jail sentences. Kelly managed to stay out of jail, but lost his agent’s licence.

Fortunately for the reputation of my embattled profession no solicitors were charged in connection with these multi-million dollar frauds. In fact, a mate of mine – a Sunshine Coast lawyer – assisted the police with their investigations because of his conveyancing role in some of the property purchases.

A nice irony is that Access, QSHL, Origin and the ANZ were all involved over many years in financing novice investors who had been conned and ripped-off by Queensland’s notorious over-priced property marketeers.

While convictions were finally secured against all those charged, Queensland’s Police Service has shown no great enthusiasm to investigate three instances of “jacked” contracts where clients of mine, on my advice, declined to take part in proposed and obvious frauds. Two home-sellers and one home-buyer were invited by real estate agents to sign contracts which showed false sale prices. Separate documents in each case provided for the “discount” which would be kept hidden from the buyers’ financiers. In each case the dodgy agent was working in cahoots with a shady finance broker and a shonky solicitor. Despite this obvious collusion and the presumption of the perpetration of past and future frauds by these agent/broker/solicitor triumvirates, the police assessed the detailed and documented complaints I made on behalf of my clients narrowly as “allegations of fraudulent conduct by real estate agents” and flicked all three matters to the Office of Fair Trading “for all necessary attention”.

In light of a dismal record of convicting only a handful of the State’s over-priced property marketeers (and a couple of small fish who sold real estate without a licence), I am not confident that Queensland’s Consumer Cops will show any great enthusiasm either to investigate the activities of yet another mob of untroubled real estate racketeers.

No wonder, according to Australian Property Investor Magazine, whistle-blowing Queensland valuer Iain Herriot has given up reporting property scams to the police or Fair Trading. “No point, no point, no point,” he says, “I’ve lost faith in them.”

Meanwhile I have received reports from the Gold Coast about a series of fraudulent “jacked” contracts for the sale of several properties in one small area involving a crook from Western Australia, a suspect valuer, an in-the-know solicitor and worthless hand-written share certificates for sham companies. Watch this space.

/2007/04/28/beware-of-property-fraudsters/[/AREB Comments]
Categorised in: News
« Skilled Conveyancing Develops New “Skills”
Hey Jude, You Were A True Battler For The Battlers »