Right now the real estate auction system is on the ropes because the market has tanked; but its problems run deeper than that. The elephant in the room is whether the auction system itself is working in vendors’ best interests. 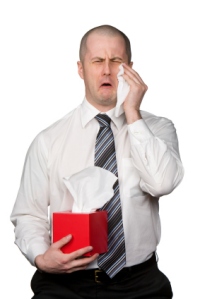 The agents make the argument that auctions work because they bring buyers and sellers together at a known time and place and that they have the clearance rates to prove it. This while people, especially at the top end, are keeping their hands in their pockets and refusing to bid. “Ah!” counter the agents, “That’s only in today’s market and that’s when post-auction negotiations begin and the sales are made.”

Then why blow $30-40,000 marketing an auction if its only effect is to trigger a private sale? (OK, some properties are still selling at auction, some even against vendor bids, but that only illustrates Mr Barnum’s reported adage regarding the birth rates of suckers.)

Agents and auctioneers are suddenly having to earn their fees; and a lot who have known nothing but rising markets are now out of their depth. The cardinal sin that we’re seeing is starting with a vendor bid that’s way too high and is then greeted with stony silence. Where to from there? Plead with buyers? Sure. Here, help yourself to my millions, I hate to see you suffer.

Then why is it that the auction system itself should be called into question? (A disclaimer here: we have used the system for our clients’ and our own profit for a great many years. It’s not in our interests to see it die, but nor is it sensible to pretend that it’s not.)

A little bit of history: Wind the clock back 30 years and the only auctions on the landscape were Mortgagee or Deceased Estates. Everything else was a private sale.

So why and how did Melbourne become the auction capital of the world?

Agents realised that if properties were auctioned, auctions had to be advertised. For many, many years, they took commissions from the media and that alone was enough to keep them in BMWs.

Today they can’t take that commission, but still when a property is advertised, it’s also an ad for the agency. They build their brands and their vendors pay for the privilege.

It’s a great business model. All your stock is paid for by the vendors, who also pick up the costs of your advertising and marketing.

So the auctions continue and the agents are desperate to get sales at any price and the post-auction action is to beat up on vendors “to meet the market”.

The vendors who have paid for all this are the real losers. And they’re starting to realise that.

Then why is it not common knowledge?

Because both agents and media have vested interests in keeping things as they are. (We, too, would probably be wiser keeping our mouths shut; but that’s not something we’re very good at.)

So. Where to from here?

If you look almost anywhere else in the world, you’ll look hard to find real estate sold at auction. It’s not like it’s an essential.

And the marketing of properties is being changed by the internet in ways that could not previously be imagined. Evidence? Look at the Fairfax share price. From over $6 in early 2000, it’s now under $2. The classifieds, the rivers of gold, are running dry.

Vendors, especially at the top end, can now put their properties in front of 90%+ of potential buyers for a few hundred dollars. Why not, then, first try the market as a private sale? The auction, we predict, will become a last resort and come to be seen again as the vehicle of the desperate.

In the meantime, we have some interesting months ahead and some great value for buyers at the end of failed auctions.