In most parts of Australia real estate contracts contain an innocuous-looking “time of the essence” clause. Don’t be fooled. 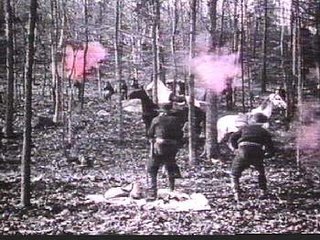 This dangerous clause enables sellers to “ambush” unsuspecting buyers, cancel contracts and forfeit deposits. Fail to meet a time limit, and you may be in breach of contract. By the same token, buyers also can often “dry gulch” sellers who miss a dead-line.

In a recent classic example of real estate ambush property buyers were one day late for settlement of an off-the-plan contract signed two years earlier. Needless to say the unit’s market value had risen substantially over that period. If the value had dropped the buyers would no doubt have been looking for loopholes to back out of the deal.

A local newspaper on Queensland’s Sunshine Coast first reported the “ambush” of Michael and Karen Guildford who lost their $765,000.00 dream home and a deposit of $76,500.00. The paper detailed a “Chronology of Heartbreak”:

November 18, 2004: Letter from solicitors offering settlement with interest, have still received no response.

Mr Guildford claimed that the reason for their bank’s valuation being delayed was that the complex was still in disarray on settlement day.

After a major clean-up that afternoon the valuer signed off, but the bank could not be ready on time. What the newspaper termed a “lapsed settlement” was not really a settlement at all. Rather it was an out-of-time settlement offer – which the seller declined to accept. The Guildfords clearly felt hard done by because they had waited an extra 10 months for the complex to be completed.

Despite having received at the “point of purchase” a written government warning to seek legal advice, this now hard-done-by couple apparently signed this warning, then signed the contract regardless. In fact the contract showed the Guildfords were “self-acting”.

Could they sue their bank? Perhaps, but banks have notoriously deep pockets and traditionally deny liability. Conveyancing solicitors have, however, long complained of banks’ reckless disregard for their customers’ contractual obligations.

Could the Guildfords sue the “bush-whacking” seller? The contract naturally enough contained the usual “time of the essence” clause and further provided that this did not change even if time limits were varied by agreement.

Buyers with cancelled contracts may, despite such developer-friendly clauses, be able to sue and rely on equitable principles to get around their failure to settle in accordance with their contractual obligations.

The High Court recently gave two interrelated judgments after out-of-time buyers sought to have contract terminations set aside. The Court upheld both terminations, but made it clear that a party in default might succeed in obtaining equitable “relief from forfeiture” in exceptional circumstances such as where the other party had engaged in unconscionable conduct. A number of questions would have to be answered: Did the conduct contribute to the breach? How serious was the breach? What damage was caused? What do the parties lose and gain if forfeiture stands?

If the Guildfords had been prepared to commence legal proceedings on these grounds they might have pointed to the contributing delays in the completion of their unit . and so on, but few folk can afford a court battle – financially or emotionally. The developer would, of course, have argued that he acted fairly and that the property had been “substantially” completed.

The time is long overdue for governments to outlaw “time of the essence” ambushes by seller and buyers. Simply prohibit this clause in contracts. Interestingly enough, New South Wales real estate contracts have no such provision. Miss a NSW time limit, and the other party has to give you a reasonable period to comply with your contractual obligations.

/2007/05/03/real-estate-ambush/[/AREB Comments]
Categorised in: News
« Clayton’s Finance Approval (The Approval You Have When You Don’t Have Approval)
How to Present Your Home for Sale to Potential Purchasers »