The fully-signed contract for a client’s purchase of a residential investment property arrived by mail at my office on 4th April. The selling agent’s covering letter was dated 3 days earlier: 31st March. This contract, which the agent had cobbled together and arranged for signing by the parties (without any solicitors’ involvement), was dated 2 days earlier again: 29th March. 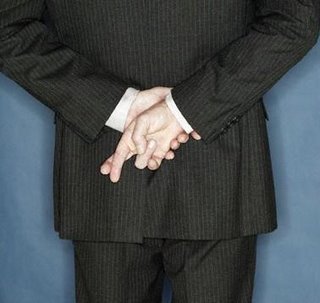 This purportedly binding agreement was subject to the buyers’ obtaining satisfactory finance approval by 4th April (the day I received the contract, and a mere 6 days from the ostensible contract date!) It was also subject to the buyers’ obtaining satisfactory building and pest inspections by 28th March (that’s right, one day before the date of the contract!) Settlement was due and looming for 28th April. Never mind there would be three public holidays in the meantime.

The sellers’ grossly incompetent agent, part of a national franchise, had recklessly inserted fixed dates for the finance and inspection conditions before getting the buyers to sign. Never mind again that it would be almost a week before the sellers signed.

This nonsensical situation was further compounded by a law (in Queensland) which stipulates that parties are not bound to a residential contract until the buyer’s solicitor has received it. No doubt the agent’s thinking, if such a mental process ever occurred, was that the parties’ solicitors would probably sort everything out later.

Needless to say, my clients were willing buyers just as the other solicitors’ clients were willing sellers. Following the exchange of a couple of concise and courteous letters between professionals we soon (without any idiot agent’s involvement) changed an absurd state of affairs into a certain and binding contract – by mutually agreeing to extend the finance and inspection dates to 18th April 2006 and the settlement date to 11th May 2006.

What we did not bother to change was the agent’s stupid deposit provisions: These were:

$1,000.00 payable when buyer signs this contract
$Balance payable on: Settlement.

How could an uncertain amount (“$ Balance”) constitute a genuine stake-holdable-and-breach-forfeitable deposit if it would not be paid until settlement? Of course it couldn’t! The result was that a $260,000 property had been taken off the market on a pitifully low and total deposit of $1,000. (Great for my clients, but less than satisfactory for the sellers.)

But wait, there’s more. The same week, another contract arrived from another agent (part of a different national franchise) who had sold a property for another client of mine. This clod of an agent had drawn up a contract with a balance of deposit of $5,000.00 payable “On unc. contract.” What the hell did this mean? Perhaps it was intended that the deposit payment would be due when the contract became unconditional. But when would this be? When the finance and inspection conditions had been satisfied? Or when the contract’s four pages of standard terms and conditions had been satisfied? Doh!

Then just before Easter, when 4 public holidays would occur in less than 3 weeks, yet another agent (from yet another national franchise) wanted young home-buying clients of mine to sign yet another (potentially) problematic contract. No matter that the sellers were interstate which would probably delay their signing. The agent had allowed, as most agents automatically but irresponsibly do, 14 days for finance, 7 days for inspections and 30 days for settlement – all running from the “contract date”. Even after I recommended more reasonable time limits, the agent still (on the seller’s instructions?) pressured the buyers to shorten these.

All three matters merely confirmed what I’ve known for yonks: most agents are as dumb as dirt, many are as cunning as sewer rats and more than a few fit into both categories.

Trust me, neither I nor Peter Mericka make these things up. We see contractual chaos like this caused by agents like these every day of the week. Only every now and again do we find the time, after sorting out the stuff-ups, to tell these stories for the blog and to register our frustrations – not only at agents’ inadequacies but also at the indifference of governments and their slumbering regulators who seem to care as little about real estate and conveyancing consumers’ needs as do the (expletive deleted) agents they reprehensively licence.

/2007/05/01/more-on-why-agents-should-not-be-allowed-to-prepare-real-estate-contracts/[/AREB Comments]
Categorised in: News
« Marketeering Victims’ Lament
Section 32 – How Could THE AGE Get It So Wrong? »